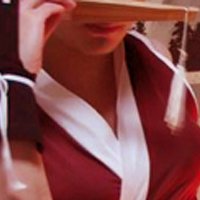 from costume Chun Li
nightko Back then, my friends were doing that upper cut motion in class. I knew it was from a popular video game but I never played it. I only played some PC games at that time.

One summer, my friend invited me to play his SFC(SNES) with Street Fighter II. He teached me about all those crazy joystick input and I have a hard time learning the dragon punch.

When I came to Canada, everyone just played some SFII after school at the local arcade. My friends were all really good at the game but I wasn't. My dragon punch input resulted in a fireball 50% of the time. We all played 3 rounds before a K.O. If someone K.O. somebody in round 2, they would give them the money back. It was fun.

When SF Zero(SF Alpha) came out, there was an issue of SF comic in Hong Kong that came with a Chun Li armlet. I remember buying 2 of the same comic, just so I could have a pair! That was really my first ever cosplay item(s). [Not the armlet in this picture though as the one from the comic is more like plush] That's also why my first costume has to be Chun Li.