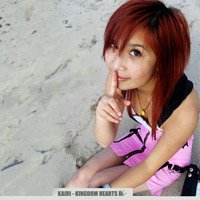 Kiyu These are the five finalists in the cosplay contest. They were all so awesome! I especially liked Lulu and Link. We were so nervous backstage when we had to get ready for the finals xD

I won second place in the cosplay contest :D First place went to awesome Link! Third place went to Kakashi :] The guy from Hellsing won People's Choice, he won by two more votes than me xD But I'm very pleased with the contest whatsoever. The Lulu had bought her costume, but she pulled off Lulu really well!

This is from Desucon, a Norwegian convention :]