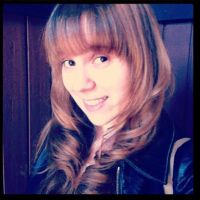 YaoiCon in San Francisco, CA; September 1, 2001. Photo by ???. Oldschool cosplay photos. XD I wanted to upload this to prove that my Nikki costume existed. XD I never had the belt, my boa sucked, and I didn't have the shoulder armor.. but otherwise I was DAMN proud of it. I had such mediocre skills back then. ^^;; This was part of the many dramatic yaoi-tastic poses that went on that day at the first YaoiCon! My favorite parts are my belt choker and my red boot cover. XD Too bad this costume is in pieces. ;_; I'll remake it someday to be a LOT better. Fear my flesh toned bodysuit!!! // Costume Notes: Mine made by me, Nando's made by him as far as I know.

Edea OMG i can´t belive someone cosplayed Nikki...is so love that character! and i always thought it would be such a cool character to cosplay...you look awesome! *_*

mygirlfriday AWESOME! Slash doesn't get enough cosplay love. If only I lived in SF, my Miki would have a partner.

Angel_Rinoa The first Nikki I've ever seen! OMG! You the Best!!! :D

Michi Thanks very much!!

Michi Heehee, isn't he? Thanks~

Michi Tenucha ~ His name was Slash in the Japanese version; it was changed to Nikki in America. :P Thanks.

FyreGothChylde awesome..you never see any Nikki cosplayers, not to mention Tatsuyas..or at least I don't. ^.^