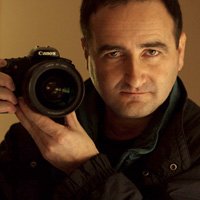 Dorasae Rosario has been an on-going tradition with me over the years, at Anime Expo. It was great to work with her once again, as she puts her ALL into her costumes and in posing for me.

After doing some online research about the game Overwatch and the character Symmetra, I decided to put her in a Japanese location, since I noticed that was a popular arena within the game. Fortunately, I remembered taking some nice temple photos when I was in Japan in 2013. I also got familiar with how her weapons and special powers looked.

There were a few clouds in the sky, but I knew adding some more would balance out the composition even better....It did!