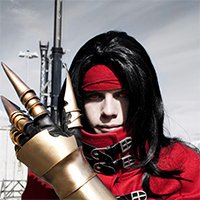 *Please increase the size of the image for your own safety*

In the picture I was cosplaying Hikaru, the third from the left.

We had the full host club at "Närcon" in Sweden and we had a blast. We even set up a test for our future host club we'll have at a convent or two! We'll arrange all sorts of things there. Not much really settled but we've tried it and listed pros&cons, recieved feedback and offers from other convents who wants us to take our improved host club and have it at their convent. So we'll take the host club to a whole new level!

A host club.. "Woo that is so gay" or "Ridiculous" just won't work on us. I've never had so much fun. Meeting tonnes of new and nice people, serving drinks, playing cards, taking a tour on the con or similar. Just having fun and being social really ^^

Brainshake You already know that I really loved your cosplay. I was all giddy when I had you and your brother all to myself. :D I will definitely book you on the next convention I see you at! (and for the love of god, tell Kyoya to send me the picture soon!!)