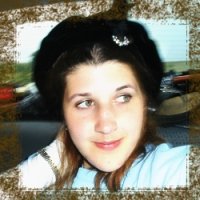 I certainly take my time uploading stuff but that's probably because I like looking at stuff on coscom more than anything. :P

I threw these two costumes together for myself & Dali-Lamb several years ago because Kenichi Sonoda was going to be at ACen. It was well worth it as I got the jacket I painted signed by him (as you can see here). It almost makes me not want to wear the thing anymore now that it's been signed. These are very comfortable costumes; great fun to wear around. Since Rally & Minnie May wear so many different outfits, we chose two from various covers of the manga, so they are canon (if you were curious).

On a humorous side note, I no longer own that airsoft pistol as it was confiscated by the US government when I packed it for another costume for Dragon*Con. While that seems like a terribly stupid thing to do, it clearly states in the Homeland Security rules that replica firearms are permissible if not in your carry-on's, which is wasn't. After having to write a letter of explanation sent with a highlighted copy of their rules, I find the whole story so funny now. But I miss my cheap gun. :C