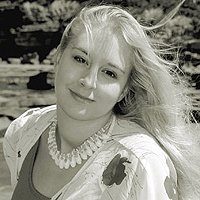 Chastangela Friday Preview night at the Brisbane Supanova, I was running around in my somewhat getto Endor Battle Leia gear. It's wearable but heavily in progress, as I need to remake the pants, hand make a shirt rather than use a bought one, redye the poncho...so many little details. And I want a helmet eventually too.

But anyway, this pic turned out pretty good with a friend dressed as Han. (thankfully minus the dead Tribble of a wig he was wearing later! )