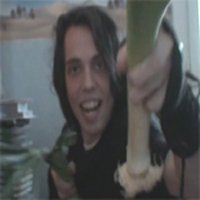 Why Ereki? Many reasons:
- it's beatmania IIDX, and I've gone a loooooooooong way with rhythm-gaming
- Ereki appeared on IIDX 6th Style, the very first style I started my IIDX odyssey on.
- I like his "coolness", even if some people would be prone to call it "Naruto from the future". Ahem... :/

The best things to do while wearing this costume:
- DDR! Not too hard though, the leg belts could get in the way if you shake too much
- any other rhythm-gaming is welcome too
- Parapara on the cosplay stage. Especially on a beatmania IIDX song ;-)
- bonus points if you manage to find another IIDX cosplayer during the convention. These don't come out in high numbers... which is sad because there's quite a wide array of costume to be made in this series. Let's say thank you to their creator, GOLI Matsumoto ^_^ And of course, to KONAMI / BEMANI for making the series like it is. 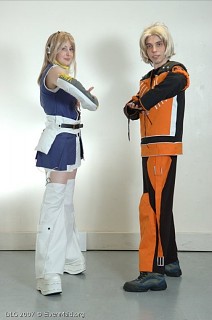 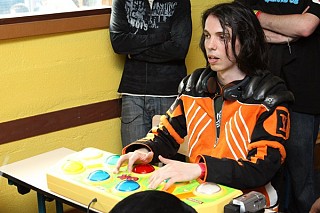