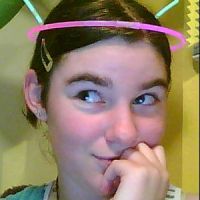 Main Outfit: A green wig with A LOT of hair gel in it (but not enough O.o), a black Old Navy fleece headband with double-sided tape and red fabric attached, a black mock-turtleneck tank top folded up, and a floor-length skort folded up.
Accessories: One pair of fairly long black socks cut in half and made into arm/ankle coverings, seven safety pins, Strawberry Gushers, purple contacts, Oroborous tattoo, and flip flops.

Envy was part of a group I got together. We succeeded in five out of the seven sins. I was originally supposed to be Lust, but things were said, parents were informed, and plans changed, and hence I became Envy. There were so many Goodwill trips it was almost ridiculous. It was really worth it in the end, though, and I'm proud to say that Envy will be returning next year--hopefully with a new wig.

11/6/07 EDIT: I recently sustained an injury while at a cross country practice. I fell/slid down a hill. This incident has left me with a large, angry red visible scar on my left knee and left hip. I do not know at this time whether or not I will continue cosplaying Envy. We'll see when the cosplaying season comes back around.

2/1/10 UPDATE: Having gone three seasons without cosplaying Envy, I think I'm finally ready to bring him back. Look for him at Fanime 2010. 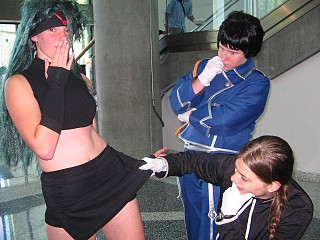 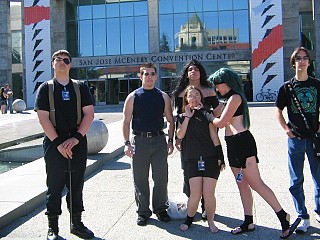 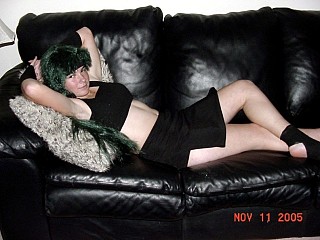