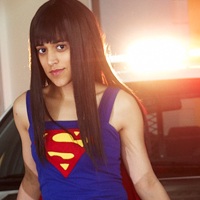 I've loved Robin's outfit and color-scheme since I was a kid. It's one of those outfits I've always wanted to make. When I started reading the Robin comics earlier this year, I decided to finally make a Robin costume.

I based my costume on the third and fourth Robins. Robin III is Tim Drake and Robin IV is Stephanie Brown. Yes, there was a girl wonder! Her time as Robin was unfortunately short, but she existed and she was awesome! I never really decided whether I wanted to make Tim Drake or Stephanie Brown, so I merged the two. I love them both~ I borrowed more from Steph, and I'd be cosplaying Steph if I could pull off blond hair. The art in the comics is really inconsistent (sometimes on the same page!), so I had a lot of freedom to play with the design.

I made every part of this costume except for the boots (and when I say I made everything, I really do mean *everything*), and I patterned the entire costume from scratch. This costume took me over two months to figure out and make, but it was totally worth it in the end. I'm really proud of it, and being able to run around as the Girl Wonder is like a dream come true! X3 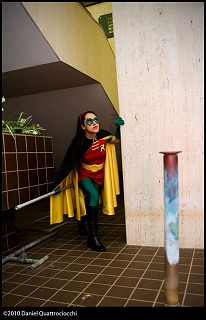 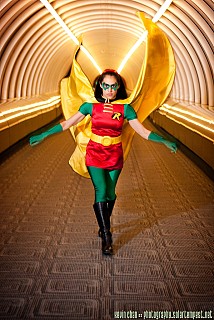 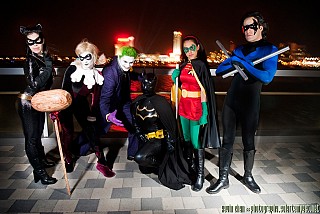 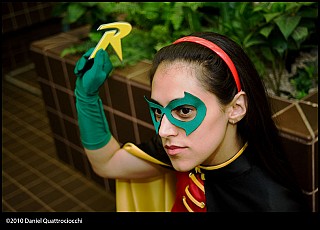 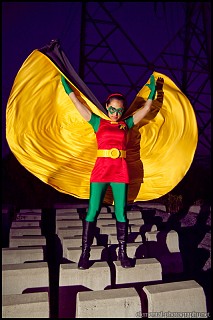 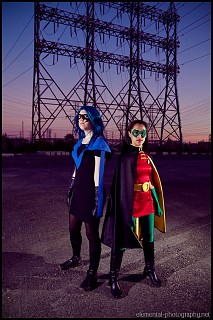 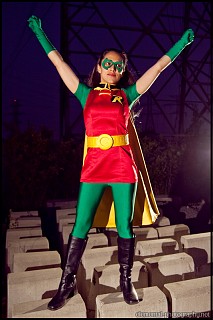 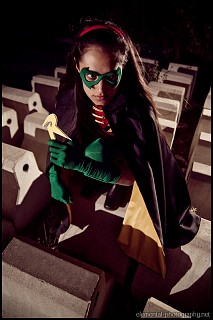 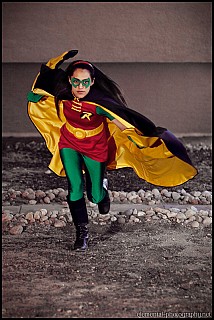 TheGlitterPill Amazing photos. Seen you around a few Toronto cons now, and always dug your costumes.

Kaspian Fantastic photos here!! ...And it was good posing with you at Polaris this year. (I thought we'd never get out of there.)