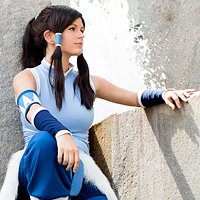 First of all, Baccano! is probably on of the best short series I've watched in a loooong time. The insane switches between dates and characters and points of view and EVERYTHING just blew my mind and has me watching it over and over because really? I see new things every time.

BUT, to start, the dress was inspired by cosplayer JJ's gorgeous dress (check her ACP account~), so I stared at it for ages trying to figure out how she did it and in the end my pattern consisted of copying a tank-top and using a giant circle. Whoo! But here's the rundown:

DRESS: Used a tank-top as a pattern for the upper part, then fit it to myself. The frills were just rectangles scrunched up and sewed. The base is a giant circle with ruffles sewn between sections and at the base. There was so...much...fabric.... (7 metres worth)

SHOES: After months of searching I finally bought a fabulous pair. :D

Gloves: Matted gloves I bought at a local costume store.

And of course, saddly I have no Isaac, because the guy who was supposed to join me didn't have time in the end. *sadface* But it was still fun! :D 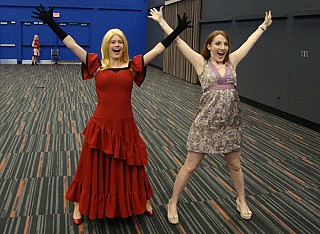 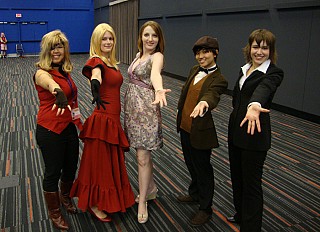 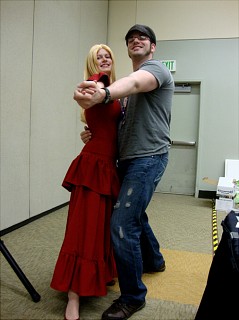 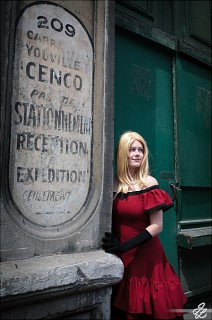 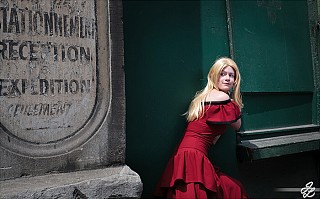 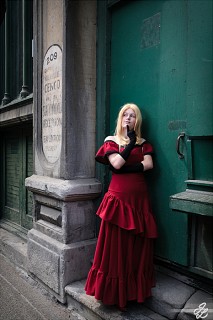 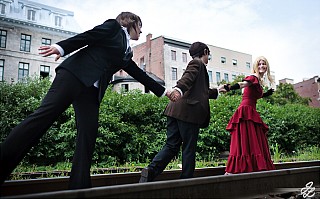 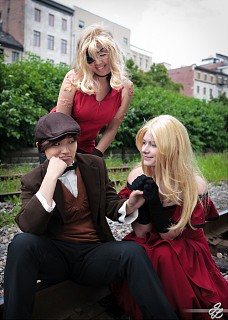 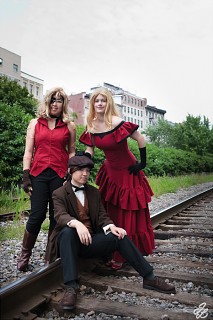 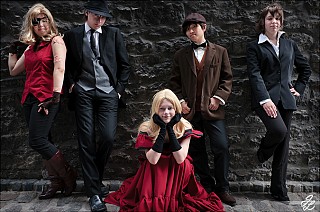 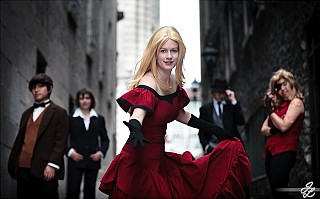 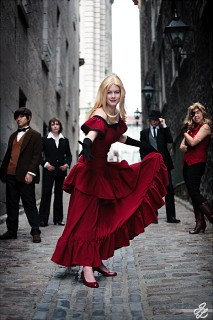 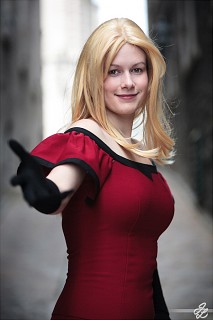 BohoColli ;.; My dream cosplay..If only I knew how to sew. You did such a fabulous job on this; the dress is so beautiful and so are you! You make a great Miria.

Piggynukka You are hands down, the best Miria cosplayer I have ever seen. You look so gorgeous in this *A*