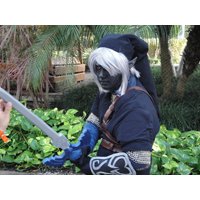 This costume was hell and a half to make. No wonder there aren't too many cosplays of Hotsuma.

Anyway The bulk of the cosplay work was lots of Crafting foam. The back part where the kanji is was a separate piece of crafting foam that my sweetie pie had drawn with acrylic paint and then put on a round Styrofoam disc to give it's elevated look. i really don't know much else to say about it other than that the armor was probably the biggest pain in the ass since it had to be really tight so that it would have the same shape/look as the armor in the game. The shirt and pants were bought since most of the time working on it was the armor peices.

This was me and my girlfriends' first time EVER working with foamies and making an armor based cosplay. Overall i learned alot of new things and through trial and error finally finished most of it to the point of being able to go around the con with it. 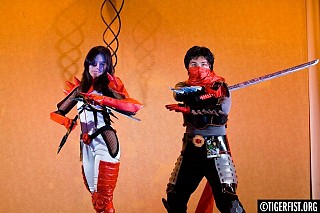 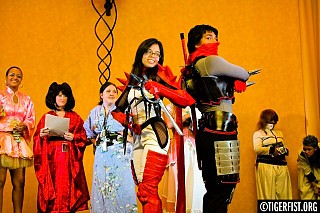 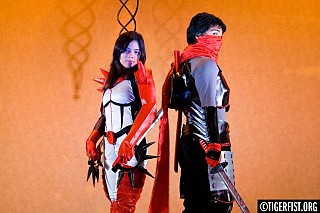 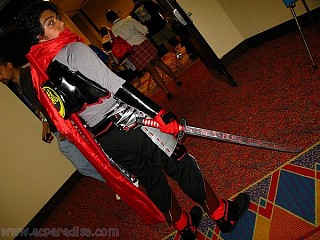 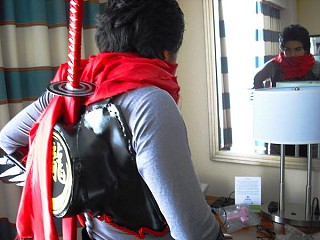 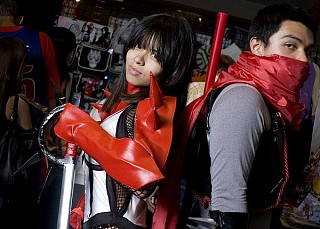 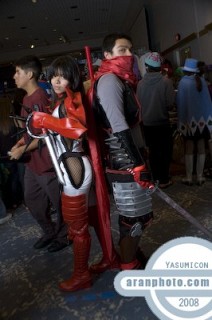