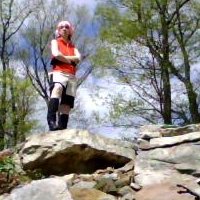 I've been wanting to make this costume for some time, now. Needless to say, it's a little trickier than it looks. I don't have a lot of sewing experience, so I ran into a few difficulties. The zipper, which I thought was going to give me the most problems, actually was one of the easier challenges. The part that got me the most was the collar. After a million tries, I managed to sew it on with the best attempt yet. It's probably the weakest part of the costume, but with a few adjustments made since I debuted it, the collar's standing a little stronger, now. I've added eyelets to the skirt attachments and purchased a new wig. I'm still in need of a butt-pouch. XD

I'm pretty satisfied with this costume. It's actually the second attempt at the costume altogether. I began with a modified pattern adjusted to my measurements. I added in allowance at the front piece to make room for the zipper. Her shirt isn't too form-fitting so I didn't worry about the extra loose-ness this might allow. The skirt was just two rectangles cut in half and hemmed up. I attached two smaller rectangles to the skirt and sewed on a buckle to each side, and cut a hole in the attaching side. I placed eyelets to clean up the holes' frays. I made the leggings and purchased the boots (my favorite part of the costume!) at a thrift store. I cut the toe of the boots with a small saw and attached black tape to the edges.

The wig at first was the same as the one I used in the ANBU version, but since that wig was a disaster, I purchased a new one online. I think the change in wigs really helps bring this costume together, and so far it's my best one, yet. :) 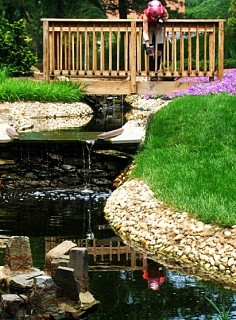 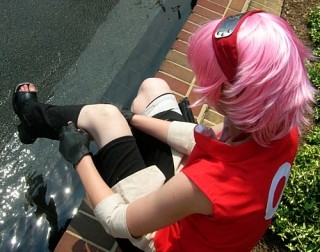 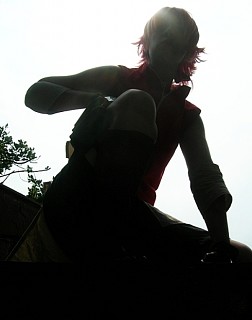 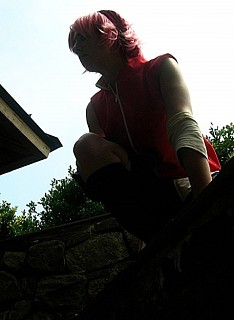