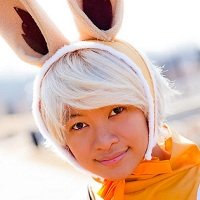 80% of this costume is craft foam.

first I bought a black leotard and cut that sucker up to match Fran's leotard shape. I didn't have a sewing machine at the time, so it was tedious.

the helmet was made out of two large 2mm foam sheets. I took one and origamied it to my face, which I then cut out a face opening and shaped it, making that the base. With the second one I made a duplicate of the first but drew the designs on it which I then cut out and glued to the base. Inside the helmet there is jewelry wire glued on to keep the shape. After construction I covered it with two coats of modge podge on both sides! This flattens the surface for a good paint job and makes it very durable and thick. After that, I mixed black and silver metallic paint to paint it up with. Then I put two more coats of modge podge over that ^^.

I made a duck-tape dummy to do the torso part. To make that you get a slim fitting long shirt, get a friend to duck-tape you all over tightly, cut down the back when your done, jump out, then stuff. You could also do a paper tape one which you don't have to stuff.

I wasn't really sure on how to make the torso part, so I just placed the craft foam on there and cut and shaped, it was quite tedious 0__o
it was basically constructed the same way as the helmet with a base part and decorative part.
A side note on that, I put the fabric for Frans chainmail on and glued it before I put the decorative part down. ( I kinda failed to remember that making the torso part a second time though, but it's much prettier!!)

I glued the white loin cloth to the torso armor and glued a zipper in the back, to make it easy to get out of.

for the arm parts I just shaped the craft foam to each arm ( cuz remember one is alwasys bigger) tightly and cut and glued. It's held together with black velcro. For the part of the arm part that funnels out, I just cut out a rick-rack looking piece of craft foam and glued it on, and glued on the shingle looking parts on after that.

I used the exact same method for the thigh and shin parts. To keep the thigh parts up I used super glue ON MY THIGHS, it works very very well, but it hurts for the first 20 minutes but then it stops sticking to your skin and only sticks to the panty hose. WEAR PANTY HOSE. I go through a pair every time I wear her ^^;

the shoes, I bought from good will, which I then glued the toes on, which are made of sculpey clay.

The wig I frankensteined from two wigs I bough from a party store, that were titanium blonde, but I took some white ink and 70% alcohol and sprayed the heck out of it. ( the party store wigs have a lot more shape for Fran I find)

Finally the ears. I cut out some poster board in the shape of the ears, then cut out some fur felt in the shape of the poster board and made a sock for it. I then curved them and put them on a head band. I then took a black sharpie and made the black marks on her ears. The head band has strings on each end which I use then to tie behind my head very tight, thus also keeping the wig in place which is very tight.

I got a very good reference of Fran from this guys account on deviantart. Go check it out~ captjapan.deviantart.com 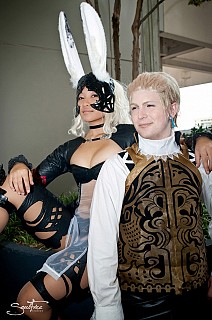 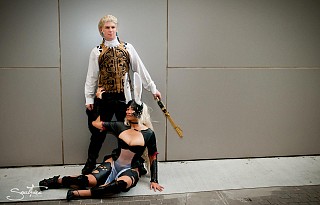 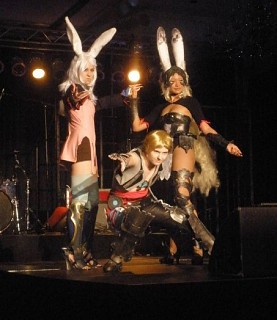 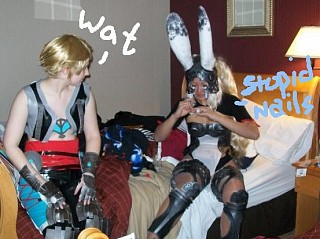 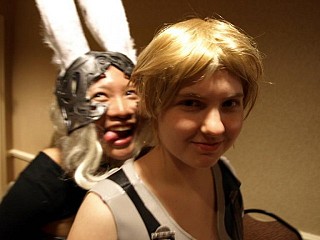 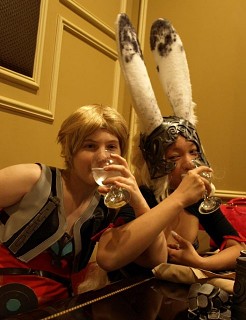 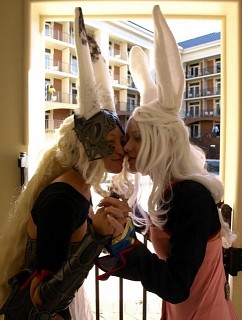 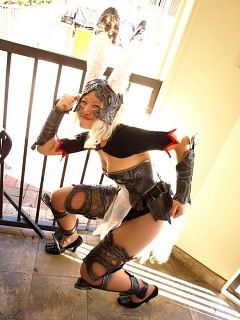 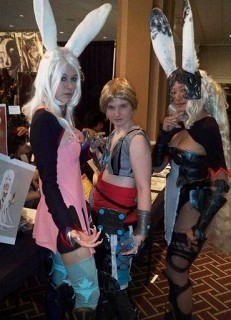 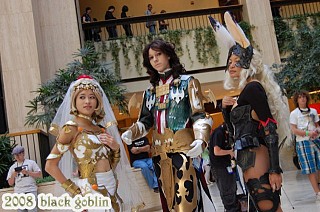 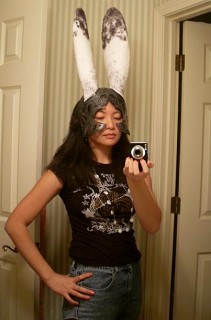 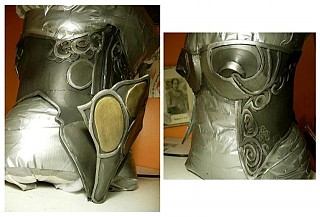 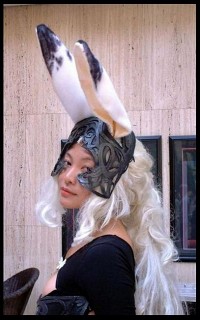 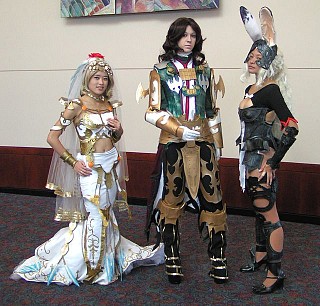 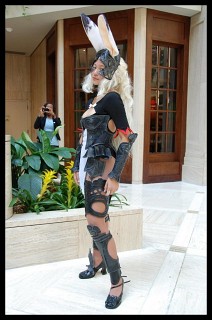 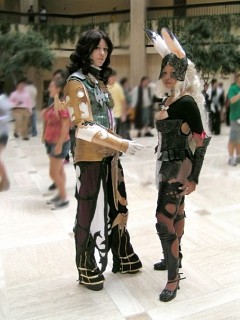 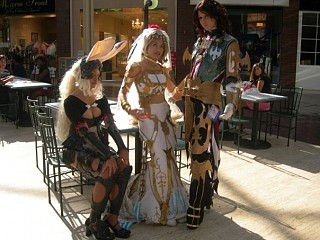 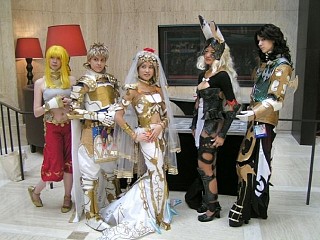 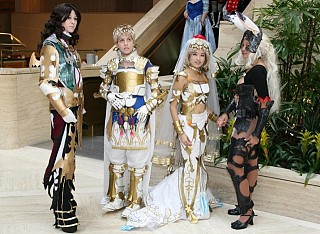 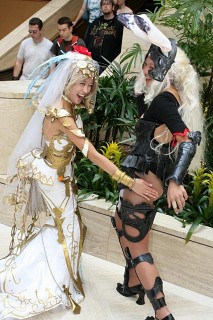 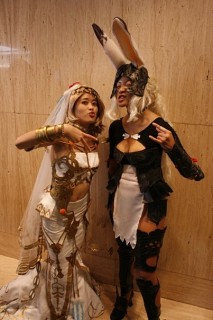 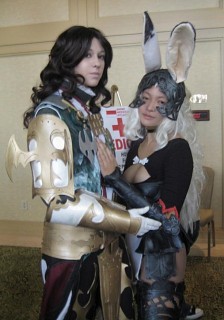 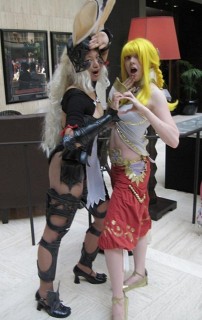 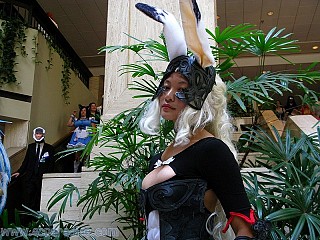 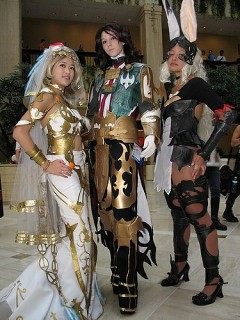 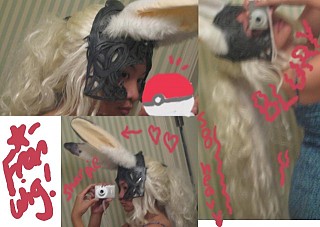 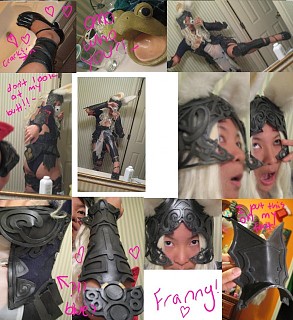 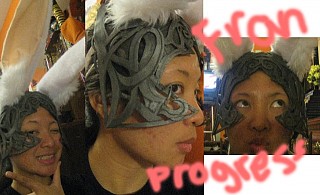 Viveeh You're such an awesome Fran!

fev heee! I know you too! (my fiance thought your costume was amazing, and seconded!! )