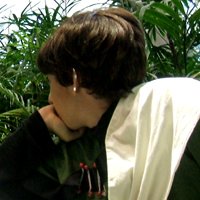 I managed to get this put together between Fanime and AX. But my total working time within that was about 10 days...so you could say I got this done in 10 days. This was because I could pretty much buy everything I needed.

The shirt I bought and tore off the sleeves. I kinda want to put a little bit back on to give something to roll up...we'll see.

The pants I bought, but I want to make them a little skinnier since Kittan wears skinny pants. 0-o The belt was simple enough...I got the buckle and belt separately and it took all of 15 seconds to complete. I'm going to keep my eyes open for a bigger buckle though. &gt;=] The gloves were bought and heavily modified. (They used to be gardening gloves. &gt;=3 )

The shoes...gave me some trouble. Mine were stuck at the bootmakers (cuz he was turning them from brown to black) and well, that's a rant for another day. I basically had to borrow my dads for the debut, but have my own for future photos.

The wig was a Punky S...color 24 maybe but don't quote me on it. It took a lot of cutting and styling to get it done, and it's still going to be tweaked with since I'm not satisfied. I also used the sharpie spray dying method and pinned up the top half when I did so. I'm not happy with the color and that, too, will be worked on. But it's wearable and identifiable as Kittan, so it'll work for now.

For the eyebrows, I blocked them in with eyebrow pencil first so I wouldn't make any mistakes. Then I used spirit gum and extra hair trimmed from my Neji wig to supplement my already existing eyebrows to make them Kittan epic.

He's by far my coolest (temp-wise) to wear, which is great for summer cons. I'd like to do his other versions when I get un-lazy and un-poor and caught up with other cosplays I wana do. 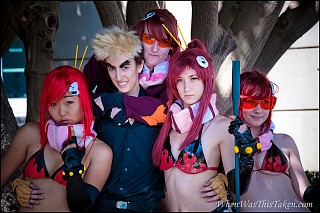 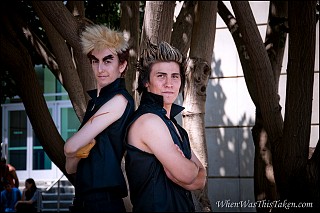 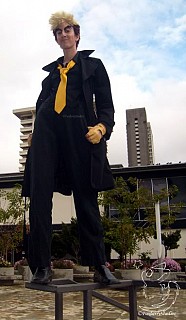 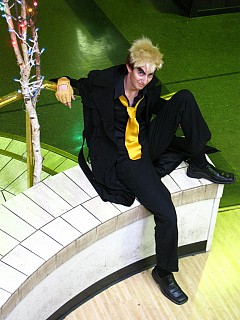 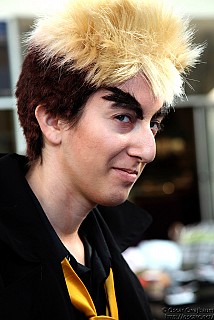 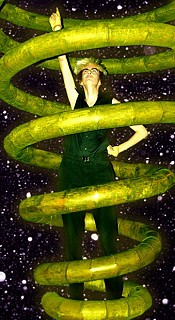 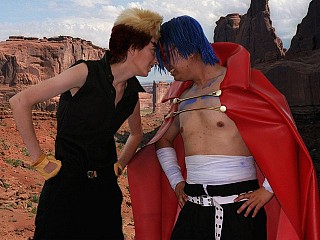 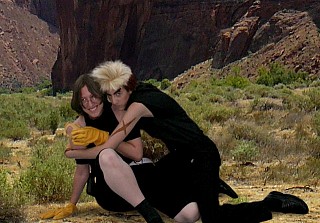 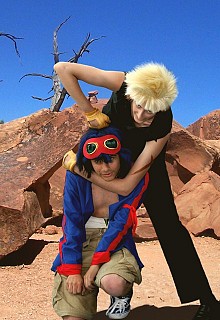 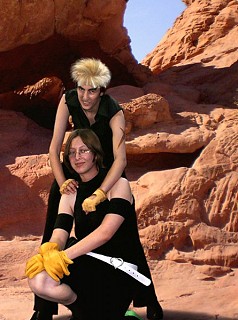