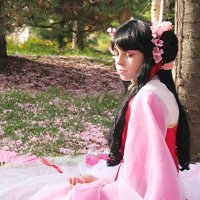 Back when I first started cosplaying Luna was supposed to be my first (or second) costume. As is the nature with most costumes I make, it ended up getting shelved because of lack of time and skill. Fast forward to March 2007 when I needed a project to work on for the last costume class of my university career. The requirements were that it had to be something that I could drape on the bias and that most of the material come from my fabric stash, as I was broke.

The entire costume was patterned by hand. The most important part for me was to get the shape of the skirt just right, as Naoko Takeuchi was very specific in her illustrations in the Material's Collection that Luna's skirt was essentially a big square, which hopefully I was able to achieve successfully while still adding my own elements to it. I believe I went through about four drafts in creating the dress pattern, first getting the shape of the bodice and the square of the skirt separately, spliced them together, then retooled my franken-pattern so that I had the bias and the straight grain of the pattern exactly where I wanted them.

The dress is made out of a yellow stretch satin, which I bought more for the colour than for anything else. The right side of the material is actually very shiny (since it's satin), but I personally don't like the look of satin, so I made the conscious choice to use the wrong, matte side of the material. I'm curious as to how the costume would have looked if I had used the right side of the material, but it's too late to know now. The underskirt is made out of cheap Halloween organza and is essentially a giant circle skirt that I cut short in the front. It is hem with a tight zigzag stitch so that it is as invisible as possible, and I added a bunch of tulle and netting under the skirt to give it extra volume. The front and back flowers were made out of scraps of the same material.

The wig originally started off as two identical long curly wigs from ebay, but after all that I've done to them I think the only part that remains from the old wigs is a handful of ratty wefts and the skin top. As it was the first major wig styling project I had ever done I went into the project without a lot of hands on knowledge so I had no idea that pulling apart the wefts on both wigs would ruin the beautiful curls and would instead turn the whole thing into a big ratty heap. In trying to tame the frizziness I probably succeeded in pulling out close to half a wig full of hair, leaving the original wefts incredibly bare and defeating the purpose of adding the second wig. So after a long time of it sitting in a box (and two conventions of wear and tear) I went back in and added four packages of extensions to thicken the wig like how I had originally envisioned it. Sadly the new wefts were shorter than the old ones, so to even it all out I had to trim everything, making the final product much shorter than I had originally hopped it would be. I also used the hot water method to straighten everything, and then braided everything and reset a wave into it using the same method. I cut bangs into the wig using Tristen Citrine's tutorial and made the odangos using Charmedseed's tutorial. There were several hot glue burns on those...

The jewelry was entirely made by me. The original set I made back in 2007 had turned a nasty, dirty colour when I pulled them out in 2010 for some reason, so before Youmacon I set out to remake all the chain aspects. I had already started remaking the necklace when I found a really pretty 18k gold plated chain on one of my bead trips and fell in love with it so much that I scrapped what I'd already made and started again. I used champagne coloured pearls as the separator beads so that they wouldn't get overshadowed by the chain (they were also much larger than I had planned to use), but I think the size helps them stand out more in photos. I also repainted the moon pendant a more brighter gold than the original brass finish it had. I've been making jewelry to sell at cons for several years now, so I think I found this part the easiest and most enjoyable of the whole project.

Overall, after working on this costume on and off for the last three years I'm very happy to see it finished. It's one of the few costumes I've made where I've been able to take the time to try and get things exactly how I want them, and if they haven't turned out that way the first time I've had the chance to go back and fix them later. If I had just barrelled through my original attempt at Luna I probably would have been unhappy with the final outcome. It's nice to be proud of something I've made and to be able to share that with others. ^_^ 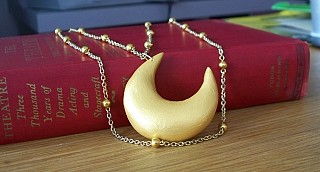 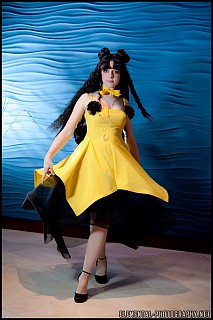 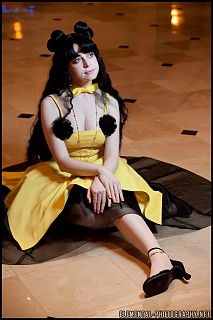 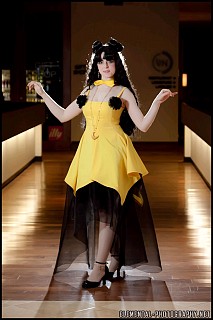 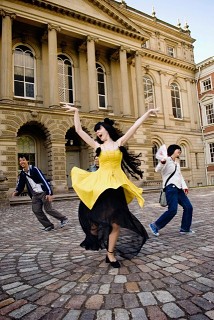 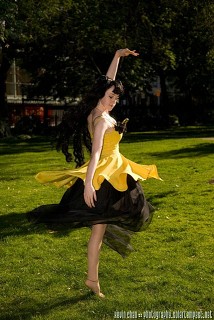 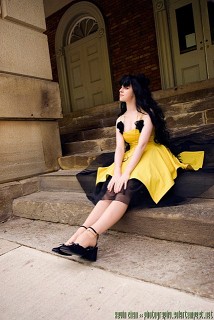 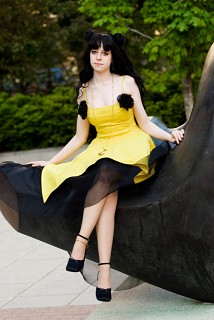 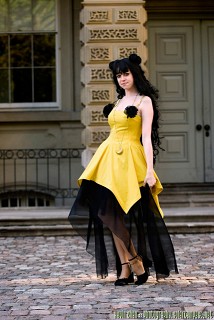 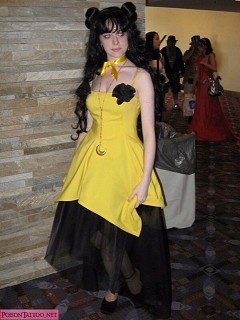 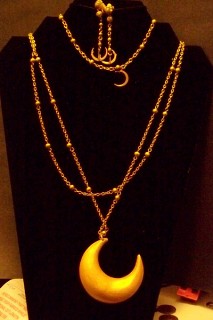 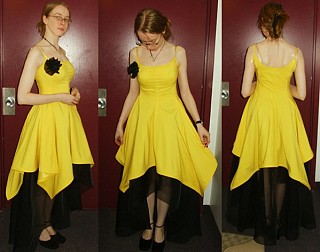 ashiri_sama I really love your wig! you did a great job!! that must have took forever. i am too trying to make one and its not going so well. so i was just wondering if you might sell it?