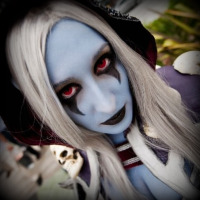 (Via WoWwiki)Once the Ranger-General of Silvermoon, Sylvanas Windrunner was murdered by the death knight Arthas and brought back as a creature of undeath. After regaining her free will she rebelled against the Lich King and the Scourge and became the founder of the Forsaken faction of undead, who are allied with the Horde. She has styled herself the Dark Lady, Queen of the Forsaken, an expansion of her original title, "the Banshee Queen".
As leader of the Forsaken and the Horde on the Eastern Kingdoms, Sylvanas is a military genius. The middle sister of Alleria and Vereesa Windrunner, she was Ranger General of the high elf kingdom of Quel'Thalas. She fought valiantly against Arthas when he invaded Quel'Thalas, but during the fall of Silvermoon, Arthas raised her as an undead minion as a form of petty revenge. When the Lich King's hold on his minions weakened, Sylvanas, among other undead, regained her free will, and she led her forces against the dreadlords who had taken hold over Lordaeron, ultimately affirming her sovereignty by killing off two of the nathrezim and bending the third, Varimathras, to her will. She renamed her force of self-aware undead the Forsaken and declared herself their queen.
Under her leadership the Forsaken have managed to not only fend off the Scourge, but also the Scarlet Crusade. She has a certain mastery of leadership, military strategy, and the bow. She is also adept at demon magic — having the ability to drain life, create skeletons, and use mind control. Sylvanas is the best archer on Azeroth — she claimed she could hit a flying bird in the eye. She wields Sunstrider's Longbow — once owned by Dath'Remar Sunstrider, it was passed on to Sylvanas when she became Ranger-General. 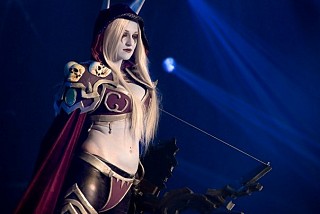 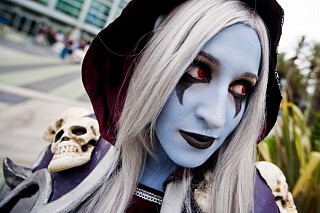 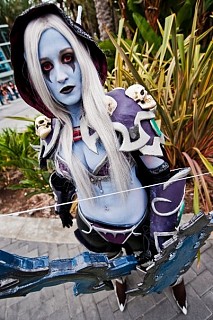 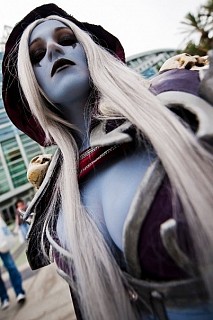 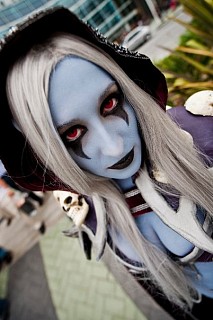