I was invited to be a part of an Eternal Sailor Moon group by Ammie early in the year. She had hoped to gather a full group of inner and outer scouts and she wanted me to be Eternal Sailor Saturn and borrow a costume that she had made. After borrowing her gorgeous Sailor Saturn costume for a group at AN, I was eager to wear the Eternal version of the scout for Fan Expo. The group ended up diminishing for Fan Expo and in the end Ammie asked if I would be Eternal Sailor Chibi Moon for a smaller inner scout group (since my short height worked out well for the character). I absolutely love pink so I was happy to oblige. :3

It was a lot of fun being part of the group at Fan Expo 2010 and being in this group gave me a reason not to wait in the massive line to get into the con on Saturday afternoon as we were off finding neat photo locations to take some group shots instead. All of the costumes for our group were made by Ammie. She's absolutely amazing! At his point she can make a fuku in a day and considering how detailed the fukus are for the Eternal Sailors especially, that's an amazing accomplishment. I know my sewing skills are definitely no where near her level. XD

I especially love Ammie's colour choices when matching the pinks for this costume. Pink can be a very overwhelming colour, but all the pinks blended together really nicely. The job that she did on the wig was outstanding! The pigtails and odangos were really nicely shaped.

My big shortfall in wearing this costume is that my limbs are so short that the gloves liked to slip down on me. XD

I tried to do a bit of research before the con regarding Chibiusa’s character so I could imitate some of her poses, but I wasn’t able to recreate them that well. XD Thankfully Ammie (who was our stunning Eternal Sailor Moon) helped me out a lot with posing and we did some duo photos that turned out really nicely! I couldn’t ask for a better mommy Usagi. :3 While we wore these costumes, I often got to hold a stuffed Luna that Ammie made for photos. This was a great experience. I don’t believe all the group members have Cosplay.com accounts, but jukebox was Eternal Sailor Mars and of course, Ammie was Moon. (^^)

I’m really looking forward to when we do the full group next year and then I’ll be Eternal Sailor Saturn. I'm commissioning my fuku from Ammie so I'm sure it will look amazing! 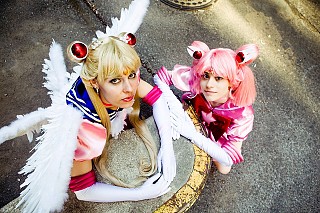 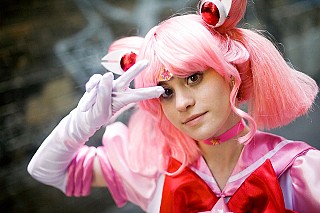 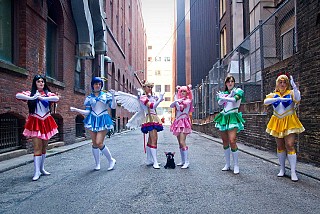 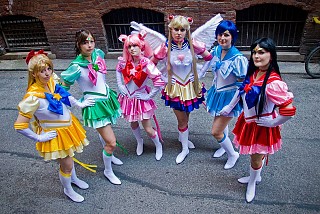 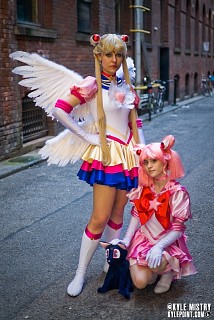 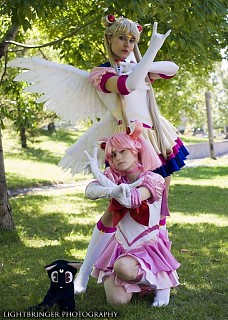 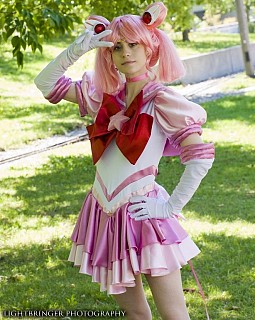 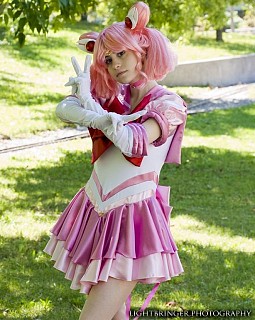 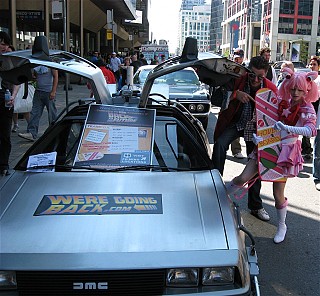 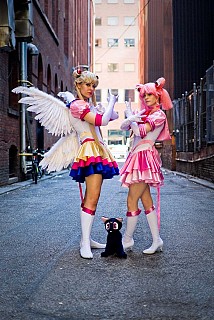 Ammie You are such a precious Chibiusa!!! I'm still in awe at how beautiful you look!!! And you suit pink hair very well!!! ^ ^