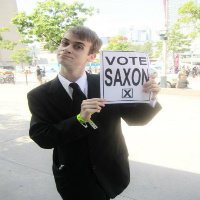 I was originally gonna be Loki when he was a full-time member of Fairy Tail, but I didn't like how my costume for that turned out so maybe gonna attempt it again later or just stick to this one. Time will tell!

:Suit jacket was bought at Goodwill for 8$
:Shirt was bought at Zellers for about $20
:Tie was made by a friend of mine.
:Tie was painted by me.
:The pants and belt I already had
:Shoes were bought at Wal-mart for $14
:Shades were given to me by a friend who wasn't using them anymore.
:Wig was purchased off ebay and styled by my friend Roxhem and a little bit by me. 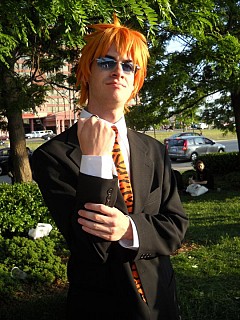 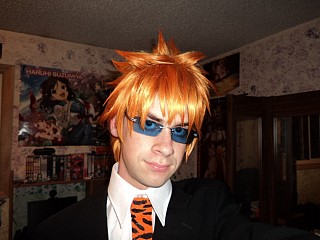 Shigatsu-Neko love the wig a lot <3