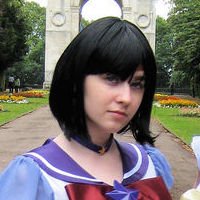 I freakin LOVE Phoenix Wright. I plan to make many many Phoenix Wright cosplays in the future, and for my first one it can only be the crazy and adorable Maya Fey.

This costume was quite simple really, but i'm quite inexperianced so it was also a gentle learning experiance too. Right, first off I made the shoes because shoes cause me much pain in cosplay and I just happened to find a pair on ebay that was quite similar, so I grabbed them. I modded them a bit by cutting off the previous straps and adding ones that were more like Maya's. (Actually these shoes are painful as HELL and I hope to do something about that next time I wear the costume! X.X)

Then I went on to make the Kimono, simple enough really. I was going back and forth over whether to dye it more purple or not because the references differ, in the end I went for it and managed to get it a SLIGHT purple which was exactly what I wanted! ^_^ (It looks kinda white on photos though...so I might dye it again.)

Jacket was the most annoying part. I love purple but I swear this is the last purple costume I make for awhile. It was all going good till I managed to cut a HUUUGE hole in the material just below the shoulder. Much cursing ensued. In the end I just had to do what I could and used that mending tape that you iron on to the back...Luckily my hair covers up most of the damage so I *think* I got away with that one. XD (Actually maybe I shouldn't have mentioned it at all? O.o)

I was determined for the bow on the Obi to be big and squishy so I stuffed it as much as possible without it looking silly. I looove my squishy obi but It began to sag a little after the con took it's toll, so that's another thing to sort out for next time. XD

The necklace was fun to make. Found some wooden balls which were perfect, so just painted them white. Used craft foam for the golden bits inbetween and moulded the magatama out of sculpy (my first experiance working with the stuff actually, so it wasn't perfect. XD) I also made Phoenix's badge out of it too for the hell of it.

I really love the wig for this cosplay, it's the same as my chi wig except black. Styling this wig easy and only took me 20 minutes max. (The purple bobble is lined with craft foam to make it sturdy to hold up the top knot! ^_^) I love the little purple balls. XD I also decided to make 'Objection!' , 'Hold it!' and 'Take That!' signs for posing and fun in general. XD And yes...fun was had.

Anyways yeah...wrapping up (this is loooong) I had lots of fun in this cosplay. ^_^ It was especcially fun because we had a little group going...and groups = fun. Also I got to be annoying demanding burgers 24/7. :P 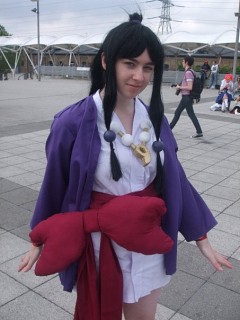 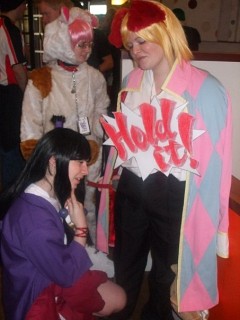 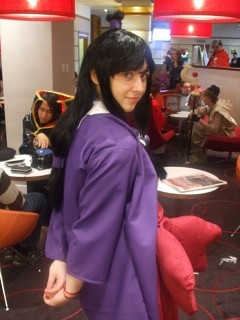 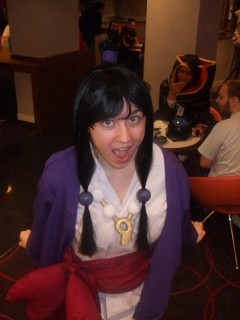 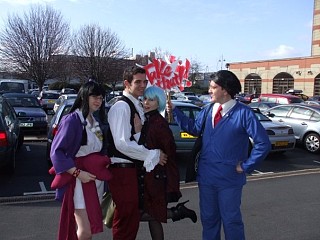 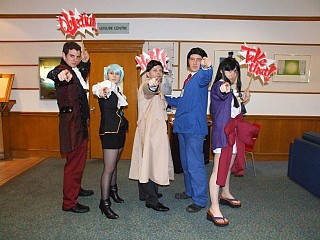 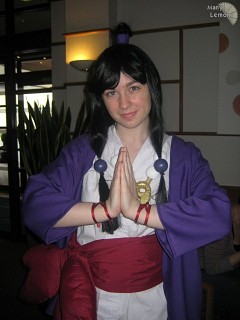 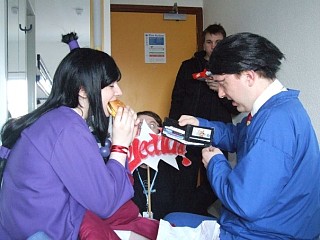 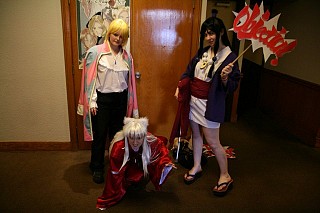