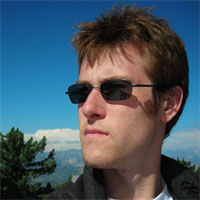 The (outer) kimono and hakama is made from bridal satin with the "wrong" side as the one that's showing. I chose this because I liked the way light reflected off of it around creases. It had very high contrast much like the two tone shading of animes. The "right" side was just too shiny.

To make the hexagonal flower patterns, I created a pattern in photoshop and traced it onto double sided iron on interfacing. That was then ironed onto the red satin and painstakingly cut out (all 14 of them!). I ironed those onto extra white satin and then cut THAT out. Again, that whole piece was put onto iron on interfacing, cut and then attached to the main kimono body. They were then machine stitched to make sure they didn't fall off.

The black armor was originally made from cardboard with pleather stretched over it with white fabric trim. The silver parts were made from PVC pipe that was cut with a dremmel and reshaped through heating. The spikes were made from a sculpey type clay.

At Ohayocon (2009) I was glomped several times and most of the spikes broke off (they were just glued on). They were reattached with silver duct tape for the rest of the con, but in 2010 I have completely remade them (since several of them not only broke off, but BROKE) and have screwed them to the armor. Additionally, the front spikes and the entire plate they rest on are velcro'd on so as to be quickly removable for hugs.

The black armor has also been remade since the cardboard was too floppy. This time, I have used molded styrene which has been spray painted.

The sash is two pieces: The main one that goes around the waist, ties and loops back, and the bow in front. The bow is held on by velcro and safety pins.

To make the bow, I first made it simply with the yellow fabric without the blue patterns. The blue patterns were then made separately on more double sided iron on interfacing and ironed on. Several parts decided not to stick for whatever reason, so all of it is then hand stitched around the edges.

The fluffy tail is made from 3 yards of fake fur which is stuffed ONLY on the part that rests on the shoulder although it slides around a lot.

The wig was purchased from cosworx and professionally styled. The costume also have slip on fangs, prosthetic ears, and fake nails. I use a porcelain make up on my face to even out my complexion and Ben Nye face pain for the moon. The pink eyelining and stripes on the face is drawn on with a lip color pen. The entire make-up process takes about 1-2 hours.

For shoes, I wear a pair of black dress shoes and black socks. 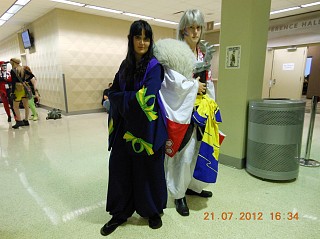 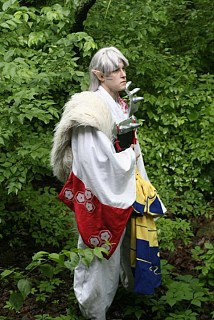 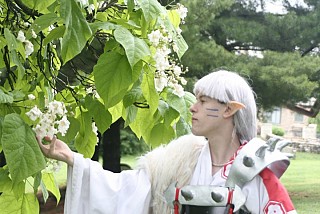 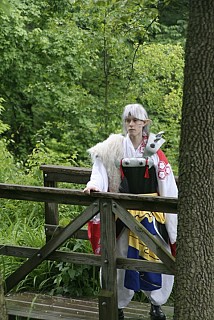 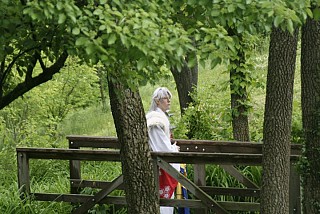 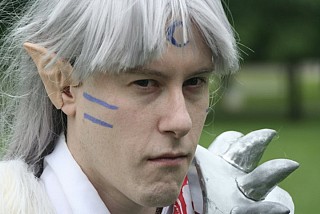 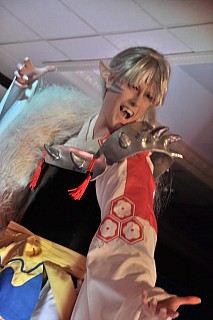 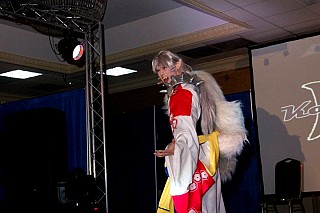 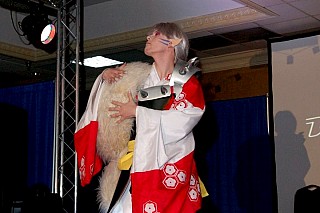 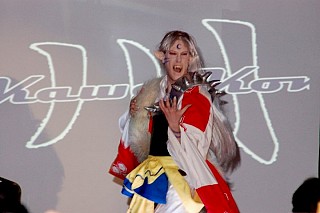 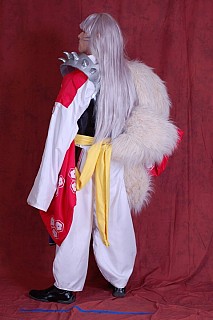 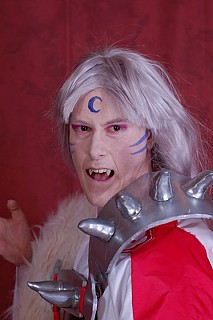 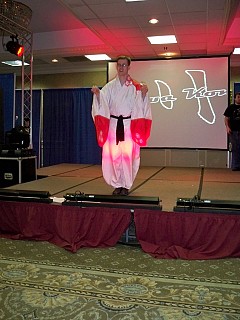 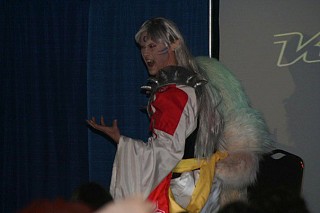 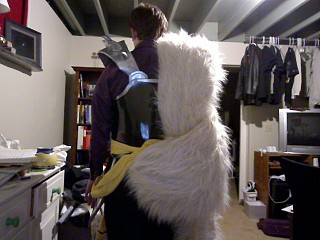 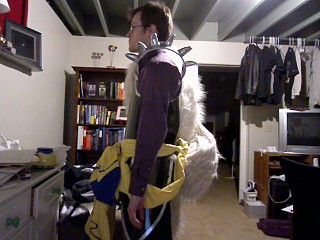 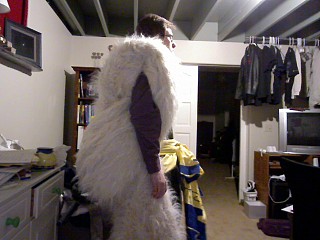 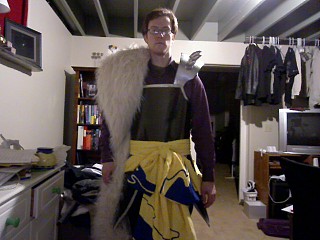 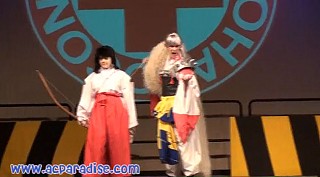 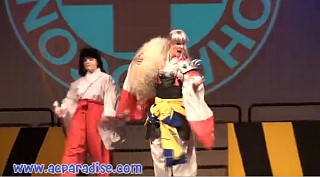 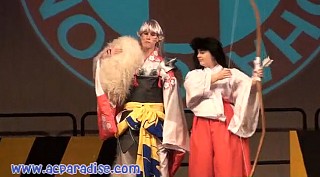 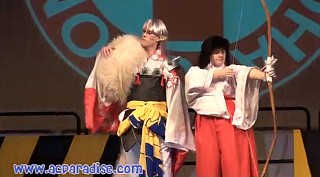 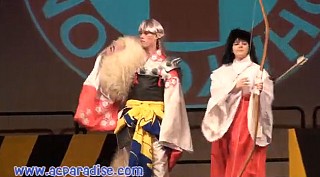 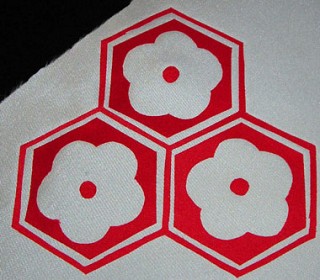 naruto_kh_fan I saw you at Anime St. Louis!!! *not stalking*