Frau. <.< &gt;.&gt; :) I think one of my favorite things about cosplaying is portraying some of my favorite characters and Frau is no exception to this. I adore Frau and had wanted to cosplay as him for a while, probably since I went as Chief Ayanami back during Katsucon 16. I decided to first go with the bishop outfit and thus this is how this outfit came into existence. I started with the outlines for basic robes and made the under coat and over coat. From there, I used interfacing and the remaining fabric to make the decorative pieces on top. I also made the pants and the shirt underneath with a dark navy blue and white fabric. The design on the shirt took foreverrrrr but it was worth it once I got it right. I also dyed a pair of gloves a deep blue-ish purple as well. For this whole process, I have to thank my mom too, because she was a trooper when I took over the kitchen table for this project. I love her so much for it.

Accessories... The wig I got styled by my friend, Kristen, who also styled my Dark Mousy wig. I can't tell anyone how much I love what she does to my wigs. I'm always loving how they turn out. Thank you Kristen! You can find her here where she works: http://www.pratpartners.com/locations/virginia/reston-town-center/ Anyway, we went for a more realistic style for Frau, considering that most of the time, his hair is under the hat anyway and it would be nearly impossible to keep it up with that thing on. I got the blue contacts from my previous cosplay as Kisara and I made the hat too, which amazingly worked out after about... three attempts. XD The hat does have a veil on it too, but in most of the pictures, I kept it in the hat as it does what most veils do, which is hide the face and constrict my ability to see. ;) I also bought a blue magnetic earring for the top of my ear, since I don’t have a piercing up there and I got Frau's earcuff custom designed too (I love it sooooo much; it's awesome!) by earcuffs on Etsy.

For Otakon, I also bought about a dozen packs of fake candy cigarettes too, to add to his character, which was pretty entertaining. I did the usual make up wise, but I also had my friend Ann draw Frau's tattoo mark of Zehel on my right hand as well as the Scythe's symbol on my right arm. I love her for it too. They looked so awesome. Oh and a final note, I bought the shoes from the dealer Demonia, so that added about... four inches of height to myself for this thing. :3 That was fun, legit.

Verloren's Scythe is another product that I have to thank my step-dad, Jeff, for. Without him, this thing wouldn't have gotten done. Even during the pressure week before Otakon, he stuck with me through it and encouraged me to keep at it. It took about a month to make, but I was also making wings for my Dark Mousy cosplay at the time too, so it took more like two weeks to make. The scythe has three parts. One that connects to the blade and the other two that connect to the staff. The two staff pieces allow for the whole thing to either have a long or short staff end, depending on if I attach them both, which I did so that if I took this into any conventions, they could meet the prop regulations, but also elsewhere have a better proportioned Scythe. The designs were also all painted using spray paint.

And… that’s about it I think. I premiered this the Saturday of Otakon ’10 and had a blast wearing it (and seeing other 07 Ghost cosplayers! :D) . Special thanks for the pictures goes to Katsuya Weller. Hope you like it! ^_^ 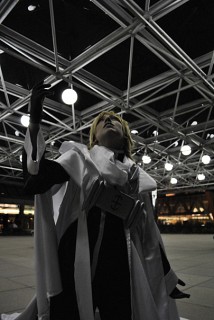 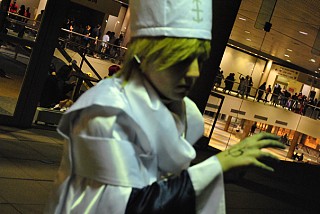 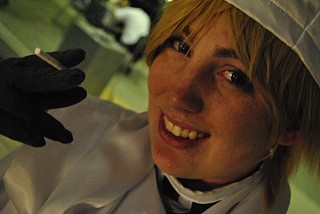 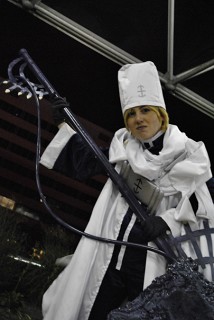 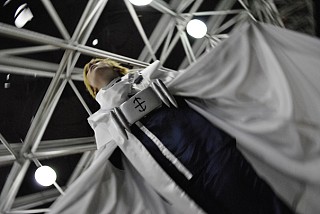 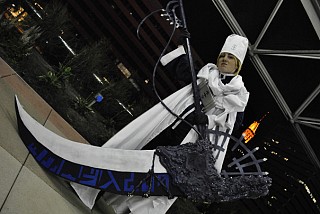 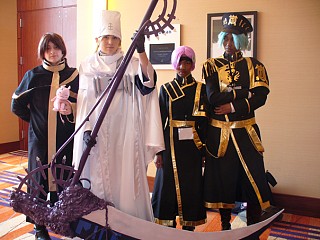 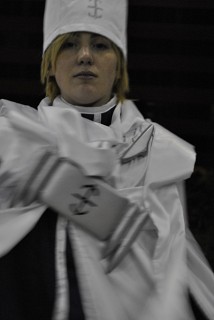 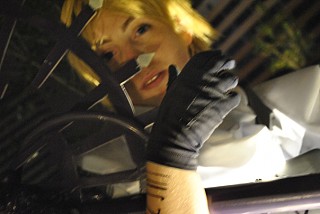 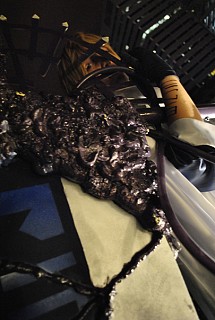 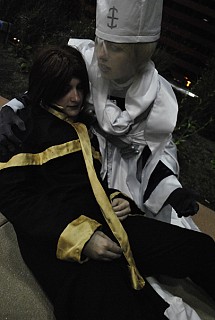 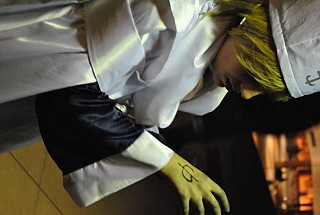 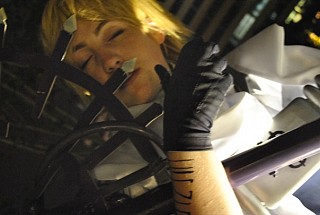 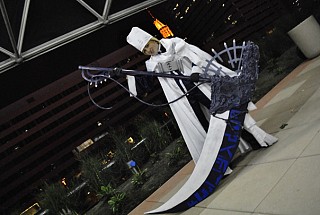 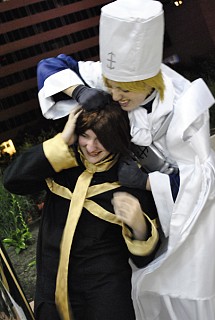 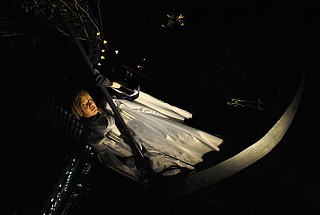 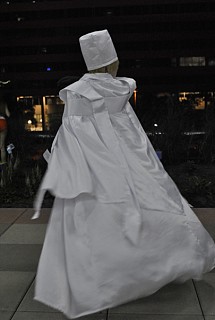 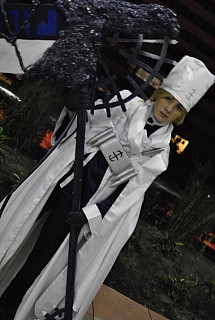 Dasoro Very awesome! You did a great job on it, and this is the best Verloren's scythe I've seen so far!

Katsuya-danna Yay!!! I love your scythe, no matter how pain in the butt it was to get it into the car. LOLOL!!! <3