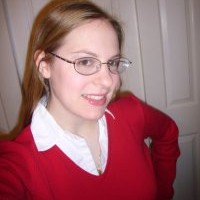 Kihel is my favorite female character from Turn A Gundam. I wanted to cosplay as her, and not Kihel-as-Dianna. If someone called me Dianna, I wouldn't mind, though. She's pretty cool too. :)

I found a Southern Belle dress at the costume shop and thought, "Wow, this would be a great base dress for Kihel." So, that is what the bottom of the dress is made from. The top part of the dress was originally made from dress shirt with a pattern embossed on it, but then I switched it to my more floofy top that I have for other costumes. For the brooch, I took a gem from the craft store and glued a pin to the back.

This was one of those early costumes where I thought that I didn't need a wig. I was most obviously wrong. I've revamped this costume with a wig, and a more accurate top for Fanime 2011. On the wig, I cut the bangs and made four sausage curls. I curled them around a poster mailing tube and are secured with a lot of hair spray. The back curls came out better than the front! 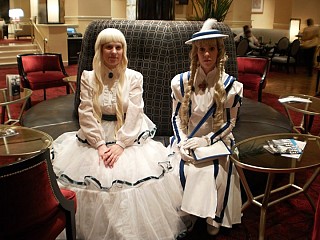 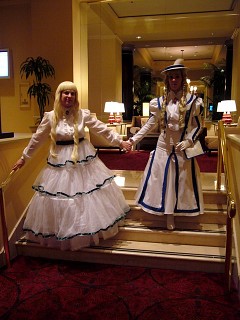 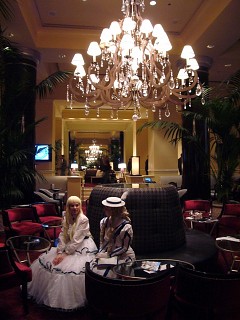 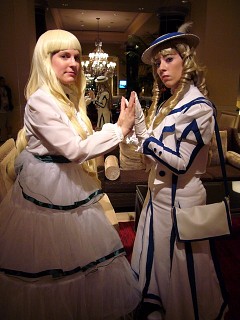 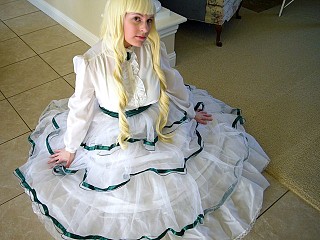 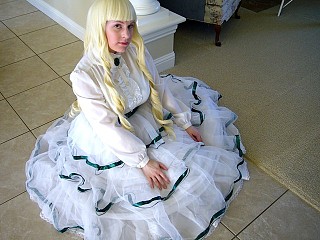 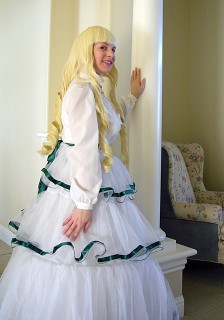 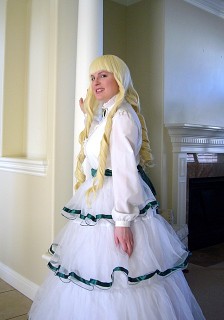 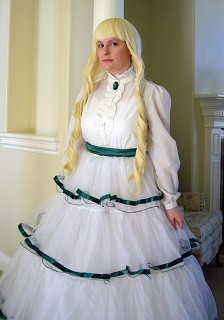 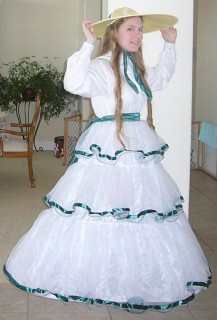 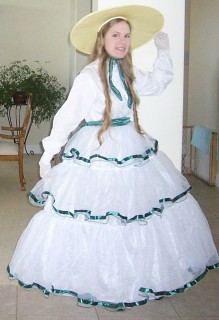 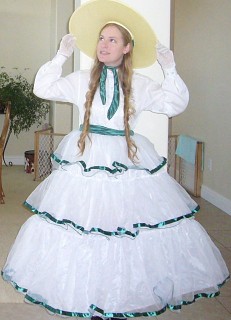