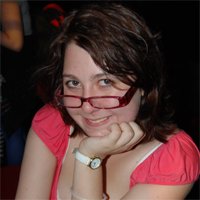 Well the bodice was just white lycra, I used a gymnastics leotard to get the right shape to cut. The collar was a guess job curtesy of the mother. The skirt is just pleated yellow satin hand stitched onto a stupidly thick waist band thing...the underskirt is lilac lining with a netting fringe. I know it's supposed to be like a tutu but that would have itched to hell.

Didn't have time to put the fluff on the sleeve area and I left my gloves at home XD They were store bought costume gown gloves and I did put fluff around the edges.

The boots were boot covers, my first attempt as well and definately the proudest part of this costume for me. Blue pvc with fluff trim :3

The bows are honestly a disgrace and now I know interfacing is the cure for all ails. XD

The ears I actually got at Otakon and were originally coated in white fluff, but that had started to peel so I thought why not take it off and just turn them into blue ones by using blue fur? So I did, the tail has a the partly straightenned remains of a coat hanger in it and about half a bag of stuffing XD

Earings and other moon accessories were all done using fimo clay sent from heaven. The bell was just by luck that I had that. Me and my friends threw together cat girl cosplays for the Sunday of Otakon as we'd done Naruto 2 days running and didn't fancy a third so bought accessories from the dealers room. One of mine included the giant bell which I then spent laborious hours holding still and painting very slowly. Of course the paint would adhere to the metal so it would go all blobby and I'd have to fill in the gaps and blah blah blah. But it turned out okay :D

Wig...oh god XD Being a total newb I'd bought a blue fancy dress wig and thought ah it'll be fine, through it up into pigtails and voila. What happens? ZOMG NETTING XD FAAAAAAAAIIL and you know when you see the cosplays with the really good wigs in pigtails and they turn around and you can see the netting but because of the number of wefts it doesn't look so bad....well halloween wigs have about 1/3 the number of wefts so safe to say it looked like someone had dragged it through a hedge backwards and left half of it behind. So the wig was abandoned in the hotel room and I just put my own hair up. Improv. ftw. 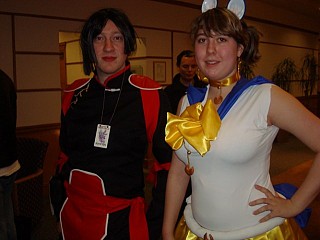 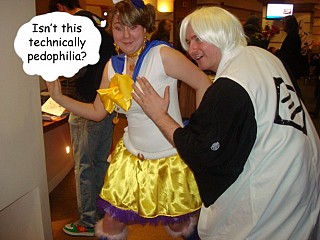 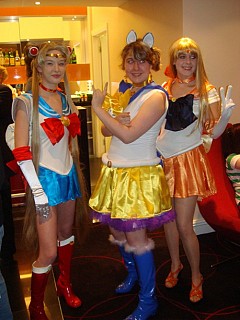 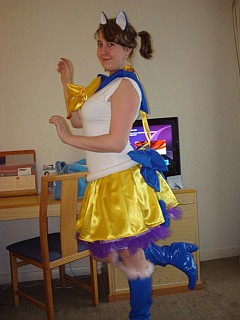 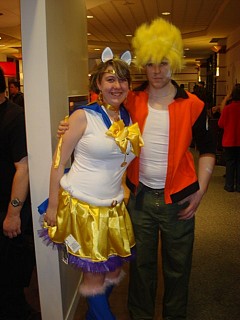 Fabulousity Great! It's nice to see someone cosplaying a PGSM character for a change. I love the show and not enough people cosplay it. You're costume looks really good :) the only thing I'd change would be to use interfacing in the bows and make them a bit bigger, and use a matte fabric instead of shiny. And of course, use all of your accessories. But other than that, job well done!