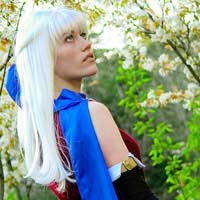 My second costume. Done in one month before the convention. I really should've started earlier on this... A month can go by really fast... and three months turns to one month really quickly.

In the group, peachgirl413 is Hanon and the rest don't have cosplay.com accounts.

My friend (who's Sara) made all the shells for the necklaces. Thank you! For the three buttons I found a kit that covered buttons and used that and I think that turned out really nice. My Hanon friend had a ruffler foot for the sewing machine that turned out all those really nice ruffles. Saved a lot of time!
For the gloves, my mom and I noticed that a lot of cosplayers had trouble keeping the ruffles to stay in places. So, my mom came up with the idea to use popsicle sticks. Popsicle sticks?!? was my first reaction. It would seem like at first thought they would hurt, but they didn't at all. We just stapled popsicle sticks together at the right lengths (and made sure they weren't too long) then sewed a rectangle where we wanted the gloves to go in (sewing the layers together) and stuck the popsicle sticks in, sewed a band of elastic that went around our arm on the inside to the places the popsicle sticks were, and were done. It took awhile to do the gloves, about 5 hours for both, but the end result was worth it.

This isn't exactly finished, but I'm saying it is since I most likely won't wear it again due to the fact half the stuff was falling apart by the time I took it off, and it would be a lot of work to fix some of the stuff (the neckline, for instance).

So if I did do it over...
-Make the neckline lower. I should have made a second mockup for the bodice, but there wasn't enough time.
-Get a wig for this. Shoulder length brown hair does *not* get the same effect as ankle length blonde/yellow hair.
-Make earrings
-Get white boots and then attach ruffles to those.
-Get same size beads for the necklace to around x.x Did the necklace day before.
-Use better fabric. This was cheap, and it stretched and didn't look right by the end of the convention.
-Put nylon net underneath skirt to make it poof out more
-Make a tiara 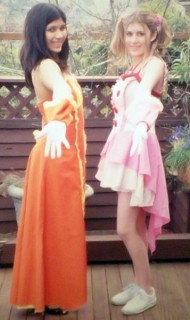 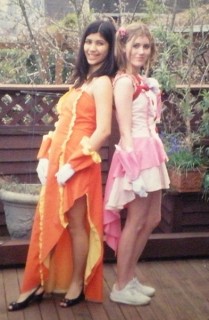 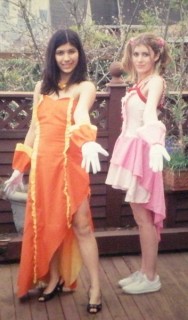 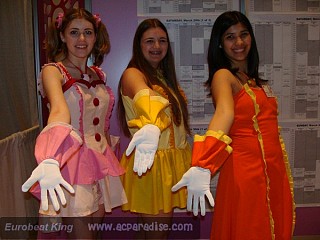 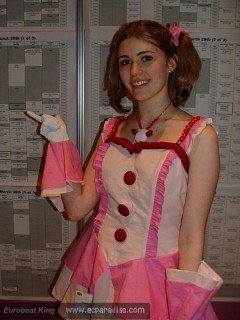 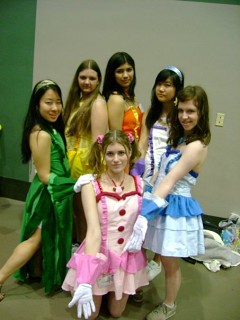 lita_chan20150 Yay for fellow Mermaid Melody COsplayers!!!! Yours are too cute! You girls did an awesome job! If we are ever in the same area we should cosplay together! ^^

misaviolin19 O.o....wow you make an awesome lucia. *nods* good job on the cosplay ^^