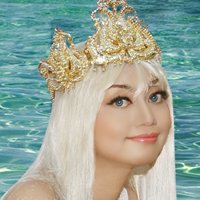 Didyme was a vampire and the wife of Marcus. She was a member of the Volturi until she was killed by her brother Aro. Her death greatly upset Marcus and caused him to become an apathetic being. Didyme was gifted with the ability of making people happy.
resouces: http://stepheniemeyer.com/bd_faq.html

The Costumes was:
(1) Maybe 500 BC dress? ^^"
Didyme wear Batik is my Original Costume - My friend _ Magami gave it to me from Jogjakarta ^^

I don't know what Didyme look like m(_ _)m
Because Aro has dark hair, I assume Didyme too.
They are brother and sister after all ^^

Make Up Artist by : Vince
Photographer by : Teddy

(2)Ancient Greek-Roman white dress or 1300 BC costume. (White is my fave colour)

I was sewing with hand another Didyme costume. I choose 1300 BC - Ancient Roman Greek dress. For the event Toys Fair 06th June 2010 at La Piazza organized by Plaza.com. There were 28 cosplayers. They were awesome. Too bad, I can't take pictures with them because they've been hiding in dressing room. My brother already got home when I found them in the dressing room.

I dragged my brother to get photoshoot in Mall Kelapa Gading - La Piazza area and try to find another cosplayers but there were none. (I found them later T.T )

Thanks to My little brother, his wife too for her assistance ^^ Love you guys ^^
I wear heavy make up, so thick, I hate Make Up! But must try, I tried to redrawing my face ^^v

I research for Roman Ancient Greek costumes in internet, watched AGORA and CLASH OF THE TITANS. Get Panicked because those were different with my imagination dress. I want to make the dress with modern pattern and modern sew but when I see Agora OMG! Very old style of dress! So I combined the technique, modern pattern was inside and outside was chiffone in usual rimples or drappery of clothes ^^v


(3) Insya Allah I wish I could sewing Robe a la Françoise (suddenly I remember something, from http://stepheniemeyer.com/bd_faq.html "After a few centuries, Didyme and Marcus discussed going their own way. Of course, Aro was well aware of their intentions. He was not happy about it, but he pretended to give his blessing. Then he waited for an opportunity to act, and when he knew he would never be found out, he murdered his sister. After all, Marcus's gift was much more useful to him than hers had been. This is not to say that Aro did not truly love his sister; it's just that a key part of his personality is the ability to destroy even what he loves in order to further his ambitions. Marcus never found out that Aro was responsible for Didyme's death. He became an empty man. Aro used Chelsea's gift to keep Marcus loyal to the Volturi, though not even Chelsea's gift could make Marcus show any enthusiasm for it." )
OMG! My mistakes so...after few century from 1300 BC as far as it goes is 500 BC! She didn't even make it into the year 1722 ! *sigh*
But I want to make Robe a la Françoise anyway.... humph...just think about fanfiction dress then ;P 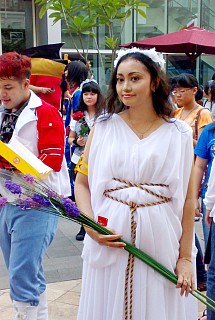 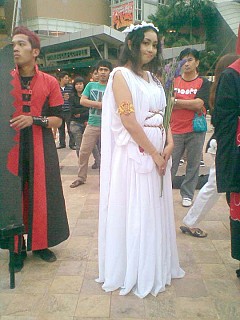 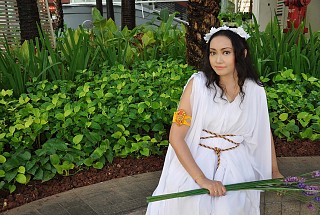 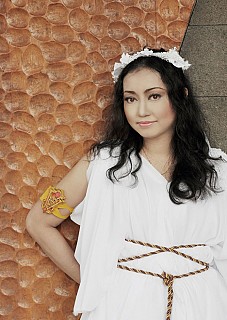 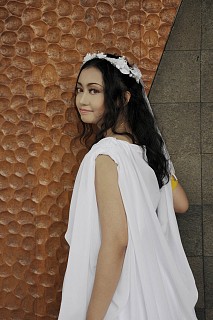 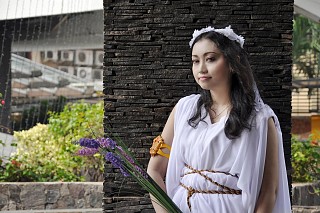 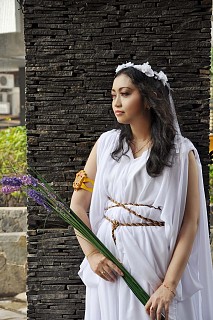 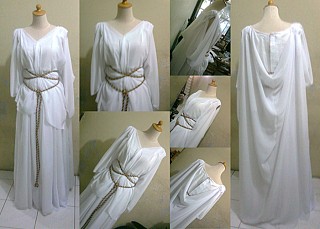 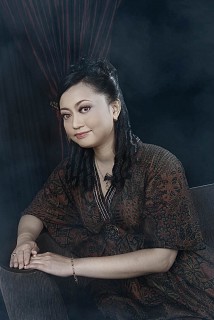 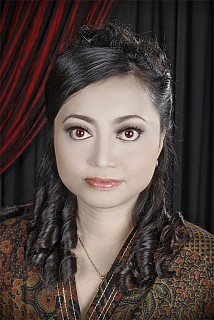 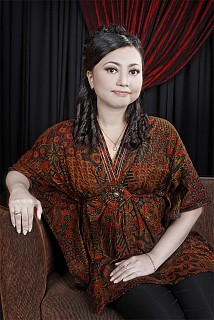