Last summer I watched a trailer for this video game and it really intrigued me. Maybe two weeks later I saw it at a Game Stop for 15$ and I had to buy it. I loved it! The storyline and all the mysteries really got me. And not many games feature plots through the eyes of a child or a young girl (that don't include her being a princess or something)

Diana is my favorite character, next to Brown (the dog), so I wanted to do the costume eventually. When I saw that Leesers was also a fan of RoR, I jumped on her to make her Jennifer. Then, via browsing my SH friends profiles, I found out Stray_Wind was also a fan, and thus the group was born. 3 girls that not only love survival horror, but also loved RoR. I was in heaven!!

This dress was made from three patterns. The shirt was made with a simplicity shirt pattern made large and pinned to fit me right. The skirt was made with an online tutorial on how to make a pleated skirt. The collar was made using GodSaveTheQueen's tutorial.

It took FOREVER for me to find the right fabric. I eventually had to settle on some quilting fabric with the right kind of lines and fill in every other line, by hand, with fabric marker. That was the longest process of the entire costume. It took two weeks because I had to keep running out to buy more fabric dye pins. I then had to tea stain it to get it the right color all over (originally it was brown and white, but the tea stain made it brown and tan).

The cuffs and belt were hand sewn. The scarf was made from a shirt that had the right kind of fabric I wanted for it. Originally I was hoping to find a scarf. I may still try to look for one. I had the leg wraps on every time I wore the costume, though you can't see them in many pictures and the boots were borrowed from Leesers. (She uses them for her amazing new Ema Skye costume) The wig I bought from CosWorx was a bit TOO fluffy. Eventually I used my red wig from my Sheila Costume. I also made a Mermaid doll. I used pillow filling, a pool noodle and some scale fabric I had laying around to make it. Its mostly made from scraps, but it turned out really well and I love it. I also made Halloween paper bag masks for all the people in our group that get them in the game. At Ohayocon 2010 Miri made me a Mermaid Book. <3 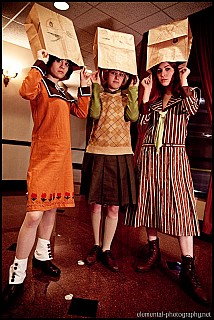 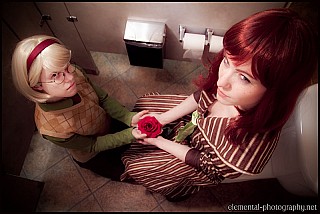 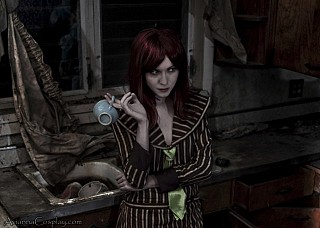 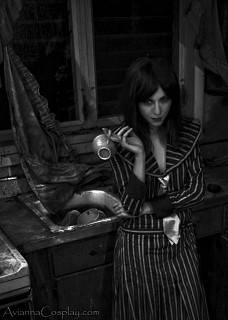 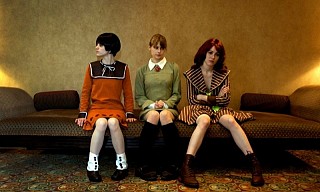 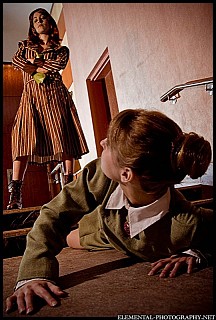 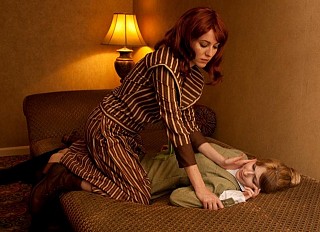 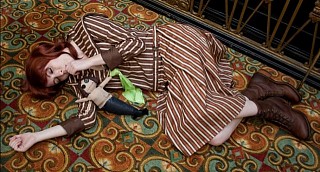 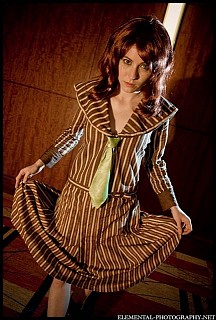 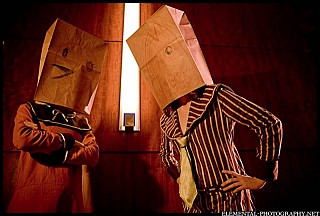 MercureMadHatte You girls are so amazing X3 I'm planning to cosplay Diana as well, Rule of Rose is such a fantastic game. Also, 15 bucks?! I paid my copy more than 100$ on ebay O_O it's insanely hard to get these days!

Gummibar Your Diana is stunning! You got her down to the T, even in the expressions. I love all the pictures, too. Keep it up! <3