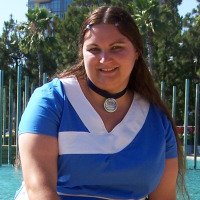 GIR is simply one of my favorite characters. I love Invader Zim. For work, we do safety meetings every year as a refresher, but they theme it to make it more fun. 2009 was TV shows. So, I just HAD to dress as GIR.

My grandma and I worked on this costume for a while. I originally wanted it to be a sleeveless hoodie, but the only green fabric that wasn't somewhat see-through was the fleece. And fleece does not look good as a sleeveless hoodie, so I simply wore a long sleeve black shirt underneath to make it look like a sweatshirt.
So, the ears and tail are made of black fleece, hoodie is green fleece, zipper and pull are grey fleece, and lines on zipper and back are black ribbon. The pants are just some pj pants I have and, like I said, a black shirt underneath.

I also wanted to dress as GIR for Halloween in 2009, so I ended up getting the costume redone. My mom and I worked on a sleeveless long shirt to go with the GIR beanie I got at Comic Con over the summer. So the other pictures are of the newer (and cooler!!) costume for Halloween and this year's Comic Con and my old hoodie without the long sleeved shirt under (aka how I would have originally liked it to look). 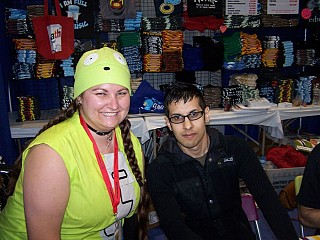 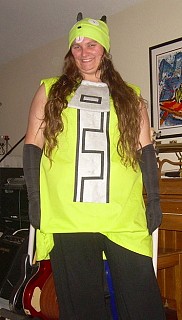 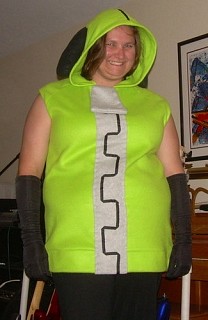 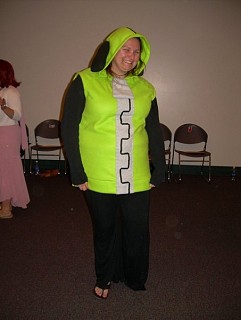