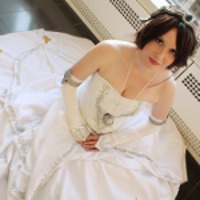 This dress was sort of the bane of my existance from November 2008 until May 2009. And then again in March of 2010, but I was determined to wear it for Anime Boston.

The dress is made out of 15 yards of an upholstery fabric, with the collar being made out of a casa satin and the bows out of a normal cotton. A gigantic petticoat that I bought is hiding underneath. I can't fit through doors in this dress, it's huge.

After Anime Boston 2009, I put the dress away for a while, and then wore it for Anime Boston 2010 since Nobuo Uematsu was a guest. I re-did the bows, which were a very last minute thing the previous year (seriously - three hours before the start of the con, culminating in me getting a machine needle stuck through my finger and having it go numb for a few minutes). The collar as well was re-done, and the wig and jewelery is new.

I cheated in 2010 and wore flip-flops under the dress. My feet were thankful.

The dress was revised yet again in 2011 with a new collar, new sleeves, and new navy blue bows. As of now, I have no pictures of the updated dress since the con I was planning to wear it to fell through for me.

Plans I have are to continue working on the dress, including beading it. 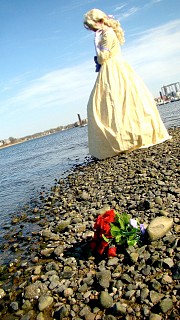 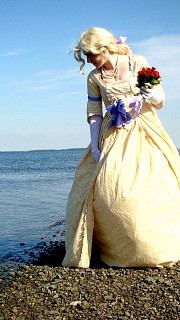 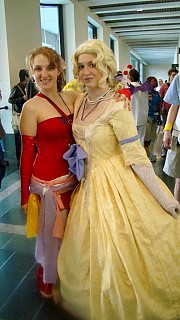 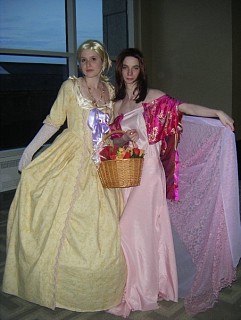 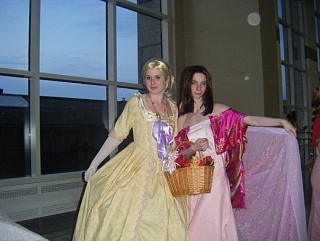 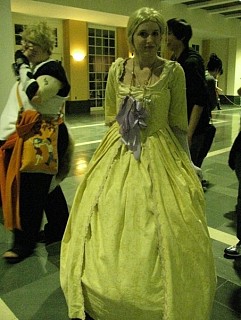 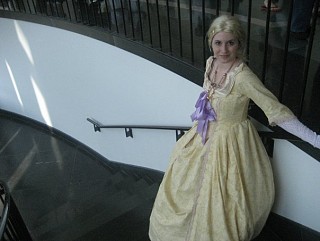 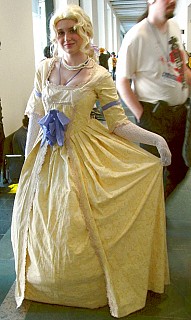