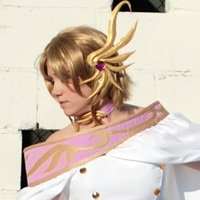 This costume was inspired by the recent Choice suits, plus the artwork titled Vongola Family Version Italia from chapter 261 =)

In the artwork, it seems to have really odd colouring for the suits, so I decided that instead of doing the kinda weird purple and blue suits, to instead do it black.

The jacket was a standard suit jacket pattern, and the skirt is a pleated skirt with lots of gathering, so it pretty much is a puff skirt XD In the artbook is appears as though there's an extra bit at the back, which I decided was a bow. The fabric used was a suiting twill, with a decorative black crinkly type fabric for the bow on the skirt.

Was made for AN 2010 as a sort of chill Sunday costume. Also an excuse to use my trident <3 (a commission from the ever amazing featherweight) I also had a Mukuro with me at AN, whose costume I also made (TYL version with the long coat) 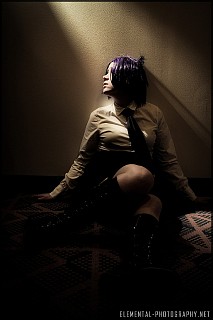 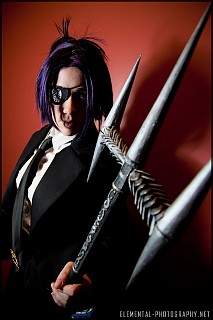 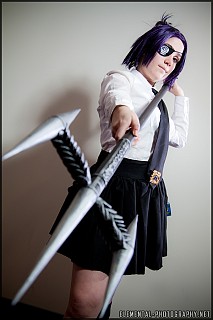 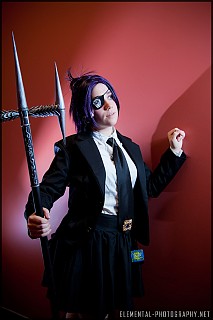 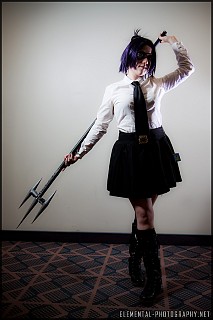 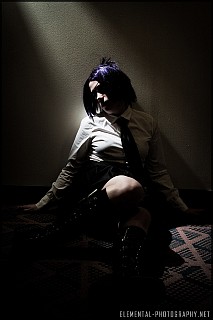 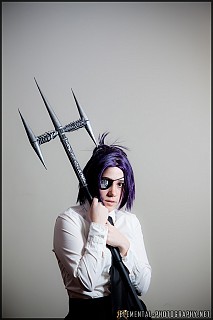 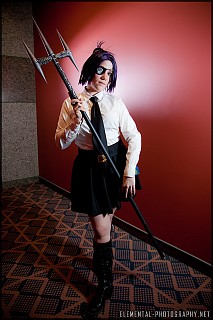 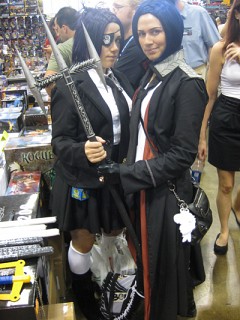