Etna began as a character that was always recommended to me by friends and strangers alike. After watching the anime and playing the game I realized she was more than a perfect physical match for me, but her character was so appealing to me and I grew to love her. Wearing this was so much fun! Though it's a lot more revealing than what I normally wear for cosplay, so my instinct was to try and cover myself up whenever possible...and boy did I ever get cold easily! This is one of the few costumes that made me want to run outside in the heat.

I went primarily with the color scheme from the anime - navy blue for the main outfit, with the distinctively darker red hair, black belts and brownish colored wings and tail. In some art she also has this color trait, while in other artwork it's black and white. I simply prefer the navy blue look, as I find it more asthetically pleasing. I used two-way stretch vinyl for the belts and the white portion of the skirt, and two-way stretch spandex with a nice sheen to it for the navy blue. For the wings and tail I used a burgundy four-way stretch reptilian vinyl which I love to bits and pieces - the color was a bit darker than what I saw on screen, but I went with it. Everything was serged together (top, skirt, leggings, belts), but pieces like the gloves, top detail, wings and tail were done on my regular machine with a zig zag stitch because of the limited space and having to get into nooks and crannies. The boots were a very lucky find, but so expensive that buying them was actually kinda painful (ouch, my wallet!). I modified them by painting the soles, and adding the eyes and mouth. I cast the eyes out of resin gems so they would be 3D. The tail was stuffed with batting, which was easier said than done. The wings have a thick foam frame to maintain structure, but I probably want to remake them as they were kinda last minute additions. I made my own patterns for the top, skirt, gloves, and of course the neckpiece and leggings. The wig was something of a nightmare to style, most of it had to be done in the hotel room because of air travel and I didn't want it messing up in my suitcase. Yes, it's the Etna wig on eBay, with lots of cutting to get it to flatter my face and shaping for the spikes. So much Got2B spray to get those spikes shaped up! However, the wig ended up surviving the suitcase on the way back to Orlando because it's essentially a helmet now. The skull earrings are made out of Paperclay, and I simply re-used my WW Link ears for Etna. I also re-used my resin cast red bracelets from my Leila Marcus cosplay for this costume. 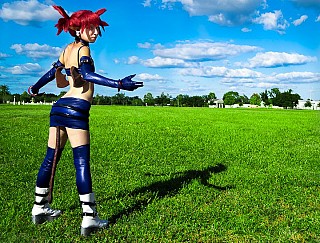 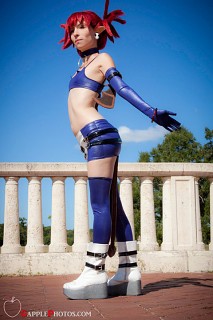 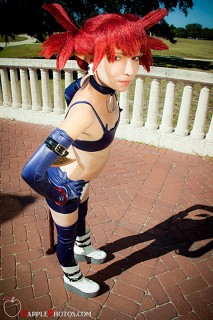 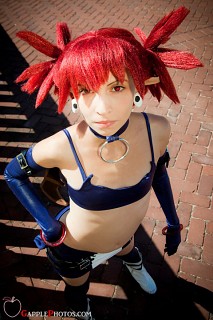 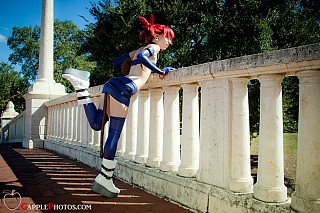 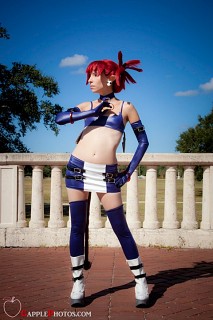 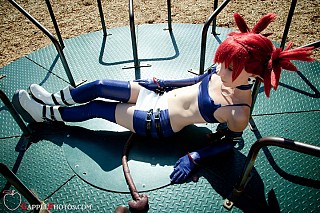 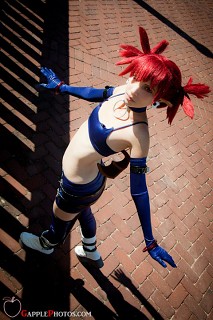 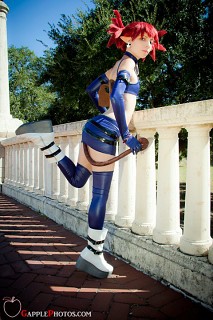 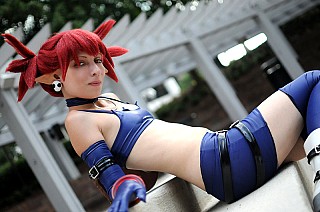 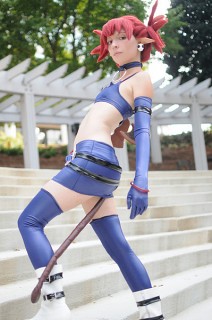 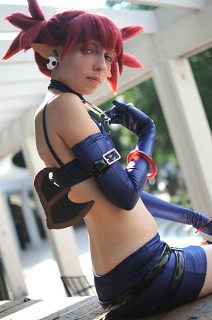 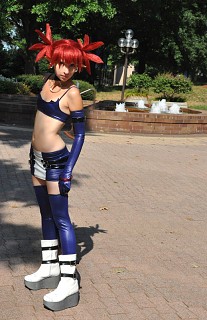 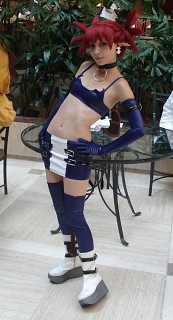 Freya Kuro Neko I'm the hair, and mine is not so u_u

Green Eyed Lady Considering how good you are at this character....you'd also be great at cosplaying Envy from FMA, who has the same body type. I mean I can just tell that your body type would work with Envy.

kireiotakugirl !!! I saw you at AWA this year! I loved your cosplay! so adorable.