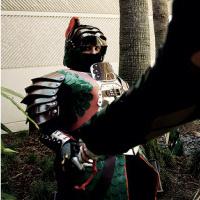 Definitely my dream costume and my favorite armor set in the game! The shoulders of this costume are really what presents the biggest problem -- they are spiked, huge, two-tiered and have to sit at an upward angle, and I had to make the torso strong enough to support the weight and keep the strain off my shoulders. Also, figuring out how to make the spikes lightweight, but also strong because they are protruding and WILL get hit was hard.

I never really write comprehensive progress notes, because I am a lazy person and generally assume no one reads this stuff anyhow! But Rathalos is a pretty iconic armor set, and I tend to get a lot of questions that could be easily answered if I documented the process.

The most common question I get is what materials I use and how they can be manipulated. For almost everything, I use plastex. It is a polyvinyl wall paneling sound in giant sheets at Lowe's or Home Depot. It is textured on one side, and smooth on the other. It heat forms and holds its own shape by simply dipping it in hot water or holding it over a stove, then holding it in place and running it under a cool tap. It can be cut with simple scissors or an exacto knife for tiny details. When you go to one of these home improvement warehouses and use the name "plastex" no one will know what you're talking about, so just ask for wall paneling and molding. It is plain white, the cheapest one they sell (marked between 16-20 bucks for an 6 foot by four feet sheet) and will be marked "eco-friendly" or "recycleable." You can glue plastex to plastex with hot glue, you can drill holes in it to apply grommets, you can rivet it, do anything to it! It is really sturdy and NEVER EVER breaks. It bends and can take a beating!

The spikes I made out of posterboard, with all three sides taped together and then smoothed out with more tape. I brushed over them lightly with tabletop hardener resin a couple times so that they became waterproof and "cup-like." Then, I poured resin inside them, and when they dried, they were really strong. Someone could achieve the same results sand posterboard by just making molds, but I have gotten really comfortable with this method, and making thirty spikes at a time is easy and super cheap! They are really strong, and can't be broken by anything less than being smashed with a hammer. At the con, a couple people shoved into me and ended up getting poked. My roomies at the hotel HATED this costume by the end of the weekend, because stumbling into it drunkenly left bruises!

As for the scales, they are also plastex, and I used the tip of a hot glue gun to heat a straight line down the center and press each scale together to give it shape. The scales are all secured with hot glue, but I only recommend hot glue when weight will not have to bear on the plastex!

The shoulders were the hardest part! Both the top and bottom are layered with spikes and scales and a buttload of resin, and the base is so small that there is very little to work with when it comes to joining! I drilled holes on each side of the shoulder bases, aligned them to the torso and used nuts and bolts to screw them in. Not only did that make the shoulder removeable, but they also allow for flexibility and movement.

The giant side panels provided a special challenge, since they also have protruding spikes and are just so darn bulky! What I did was use duck cloth for the base, rivet on the spikes, then layer the scales on row by row. By using fabric as a base, it moves in a natural way. The top four inches have a panel of plastex going all the way around, into which I built beltloops so I could just snake my belt through and put it on and off easily.

The helmet is built off a darth vader base, heavily modded with eighty zillion layers of resin. I have been kicking this thing around my room and using it as a bookend for almost two years now!

There are a lot of higher quality, more amazing Rathalos out there, but I'm still really proud of my costume! It's sturdy, easy to transport and never needs repair! 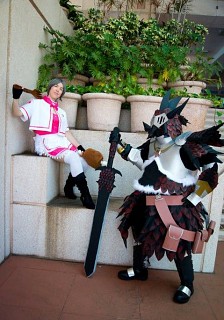 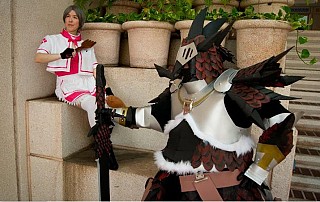 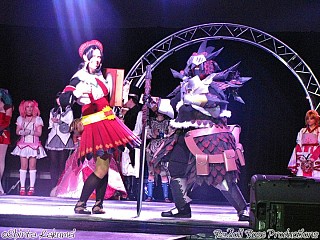 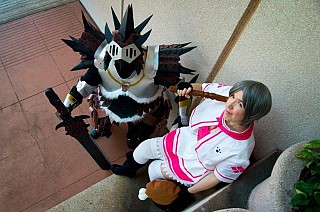 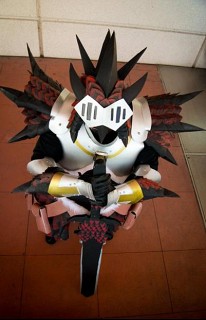 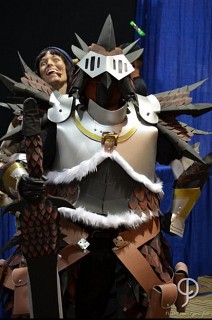 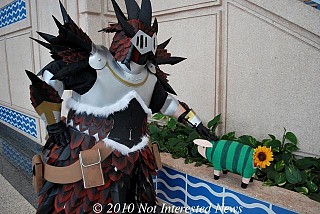 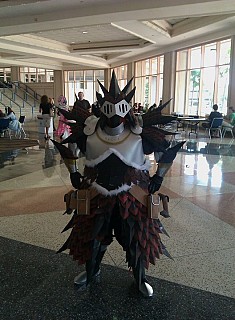 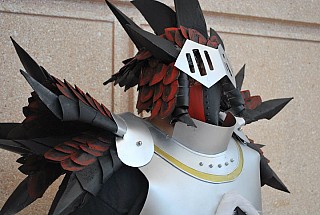