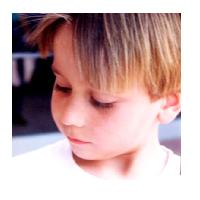 It took me from roughly from the first to the twenty fifth. about thirty hours total. I began with a big peice of a cardboard box and cut it down to size. made the base covered it in black ducttape. i then individually cut the shapes out and covered them in brown duct tape. they were then attached by a strip of duct tape that i fashioned to a rope like purpose and tied them onto the rest so that it they would be mobile for my movements. then added brass thumbtacs for asthetic look. the medallion was a belt buckle from hot topic that i duct taped to hide the pot leaf design and sprayed it gold. i used wall hooks and jewelry rings to connect the belts around my mid section. red sash was just bought at wal mart. swords are costume swords from a party city, the sheaths are just more cardboard covered in duct tape. and the arm bands were long strips of cardboard covered in more duct tape. overall i used a total of 4 whole rolls of brown duct tape and one black. the boots were actually just tan socks that each night i wrapped in Dtape so that cost me a whole other roll. i wish my hair could have been longer, but i didn't decide to do the costume till i had already cut my hair. 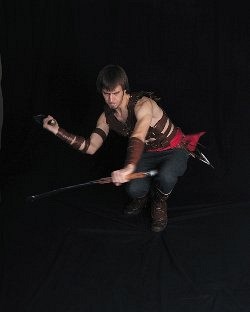 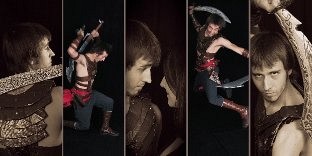 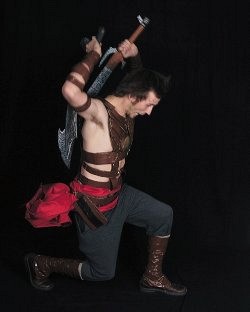 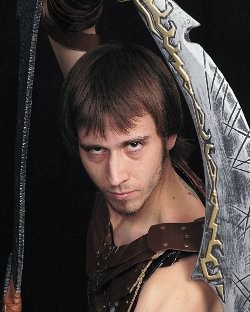 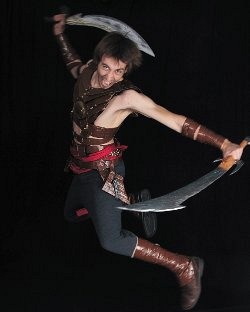 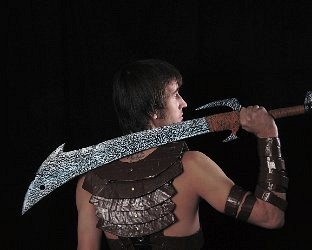 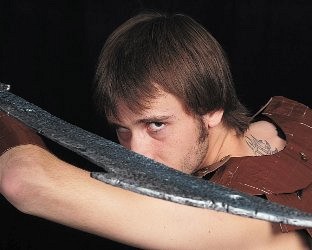 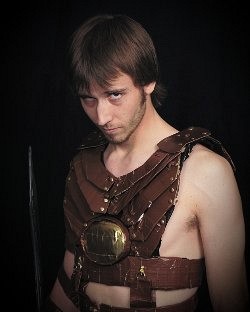 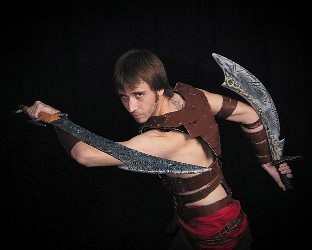 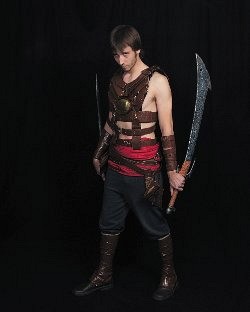 TaionAsaki What can do I say.... is really amazing cosplay. It's perfect and the pictures are so great!

KelvTwelve Nice Prince of Persia, gotta say trying to work on my own but it can't be that good compared to yours.

Fong I'm diggin' the prince =) Gotta mess up that hair a little though! The prince has a major case of bed head =P

Zhelly Thanks for the comment C': I agree with the above person that it'd be cool to have bigger photos to show off everything. It's too bad your work won't let you. But anyway, awesome details, man! You make me want to try out the game, haha!

Regena thanks for the comment, your costume looks good although i wish the picture were just a little bit bigger so you can show off the awesome details more.

Chocobo chic thanx 4 the comment! your swords are awesome!

rox.XIII very good cosplay appears to be complete sorry my ingles is bad

32spartan11 Awsome costume. The deatail is great when I eventually finish my Altair costume hopefully the details come out as good as this.