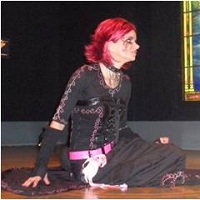 The concept came together on July 12 2007, she remained a small time (pretty much a local meet up I held in Naperville starting in 2007) cosplay, I wore her as a rave outfit ACEN 2008, and the following year anime central 2009 on a cold windy (april or may I can’t remember) day, I took Halloween town Kairi to her first photoshoot.

Youmacon 2009 was a different story, by then I had started developing her into something MUCH MORE then Halloween town kairi, this concept had been given a name, Karzin. And it’s stuck like glue to her. I've seen her called the Dark Kairi a lot on comments on photos, I've nicknamed her the Kingdom Hearts Queen of the Damned (I have that Akasha walk when I move in the cosplay like I’m gliding its quite cool)

She's a work in progress, always evolving may it be me on my now ended quest to find the perfect shoes (able to walk in but still possessing that right amount of heel and OMFG NICE qualities) I’m on my second wig for the character (the first as nice but it got worn out, and I didn’t know entirely how to maintain a wig. my second one is amazing and I am taking the right care of it! I’ve got 1 main version of the costume, a pink skirt with the corset trench, and my boots, and a more regal version, a black embroidered dress with the corset trench and my boots, I also have armbands up the ying yang, and I’ve altered the makeup a lot, to include heavy eye makeup now and blood effects! and not to mention my gorgeous pair of custom black key blades, broken heart (created in 2010 by a good friend of mine) and shadow heart, (created in 2009)

her story is simple sort of, she was around for birth by sleep, but everything that happened in that put her into statis, she was brought back mid chain of memories ish (still working on that) as a sort of puppet, a weapon for the org's use, she got her mind back because of Demyx (yes she's paired with him im a music major so sue me) music can trigger even our deepest of memories if it is the right song. And I’ve yet to go beyond that, but I know once I’ve got the inspiration to Karizn's story will become quite epic.

its seriously interesting to see just how far I’ve come with the cosplay and really I can’t wait to see how far I go with her, she's gonna turn five in July! But I won’t really start thinking about that till a bit later.

I'll prolly end up editing this at some point. 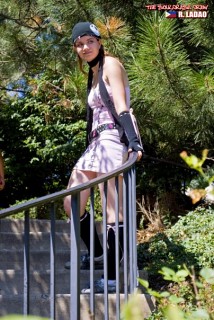 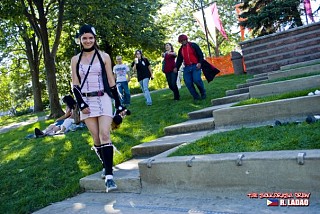 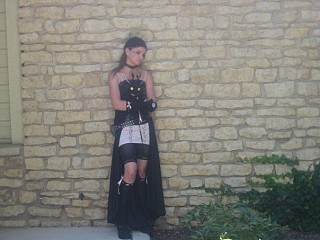 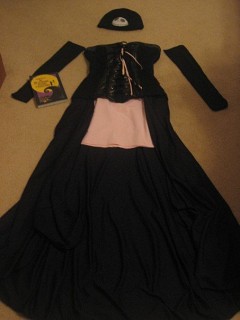 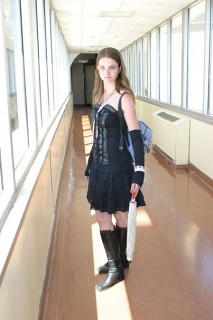 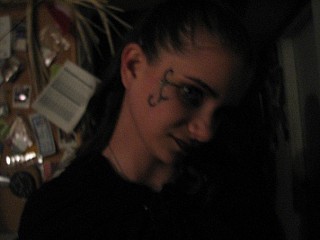