Tales of Symphonia: Dawn of the New World

Well it seems the first tales of symphonia is not listed but for anyone who's not familiar this is Presea's deceased little sister :O Yes I'm actually cosplaying a deceased character. Well I do like her outfit anyway. Can't guarantee running into Regal though &gt;:

Skirt - Well first I have to say about a month in a half ago I was ill for reasons I'd like to not elaberate on but because it made me lose unintentional weight I had to really measure the skirt at what my previous measurements were that way I would avoid a problem. I measured it kinda wrong but since I have the pieces in the front and the back it saved my hip span some trouble there. I wanted the buttons to be more for decoration so I put a zipper in the skirt wit 3 hook and eyes to keep it closed. 4 buttons also help dress the front up as decoration.

Shirt 1(under) - Typical way I make a shirt although I made sure to cut it at the right lenth having put one 'a my bras on the mannequin just to make sure my bra strap wouldn't be showing from a low back. At least its higher in the front though :o I don't really like the way the cuffs came out but they look ok for that much of a finished product. It was longer then the top shirt so for that reason I'll tuck the under shirt in when I wear it. Sewing the gold on to the left sleeve was quiet a task but there are 2 ribbons I used for this but I sewed them closer together since they were thicker then planned and I drew the illusion and what not :o

Shirt 2(top) Well this top is a little more symmetrical considering its low in the front and the back. What I did wit this was the way I'd usually make a shirt wit some pleats added. I had the strip in the front like I did wit the skirt and that also contains a functional zipper along side 3 hook and eyes wit buttons as decoration :D

Wig - cut and styled(to the best of my ability obviously)

ribbons - I bought red and purple ribbon for the wig and that ... I'm not sure what to call it.

that thing that goes around the neck and shoulders - meh I don't even know what to call it. Can't call it a poncho because its too short <,< Anyway I made this in a pretty simple manner just cut 2 small pieces of fabric wit an opening for the neck then opened it up and sew a neck line into it so it'd come up a little higher. The pink is from the fabric I had but I took small pieces and kinda put them together instead 'a taking one long piece and trying to make that work. I made it easy on myself :D

Shoes - ok so I got some random pair 'a shoes off hot topic's clearance rack and even though they're an 8(I wear a 9) ironically I was able to fit into them :D what I did was I took the original white laces out and threaded pink laces in and glued some fabric in on the sides that are cut out. Yea this time I GLUED fabric instead of sewing fabric :o ok well in this case it was alot easier so yea. I know its not the actual shoes she wears but I tried to draw that illusion the best way I can so meh <,<

well I wish I could have gotten more pics of me in this to really show the outfit but meh. It held up good although I'm actually not that satisfied wit it. I thought I coulda used better fabric, the black shirt coulda been longer so I could ACTUALLY tuck it better, the white vest thing coulda been longer to compliment that as well, and most of all my wig is a little more floresent then it should have been but everything is all good untill anyone sees the back <,< Like I said this is one 'a them party city wigs so I had to pig tail it myself. Also I couldn't get my eyebrows covered like I wanted to but in some pics it looks like I did so meh <,< &gt;,&gt; 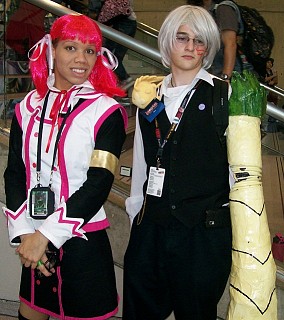 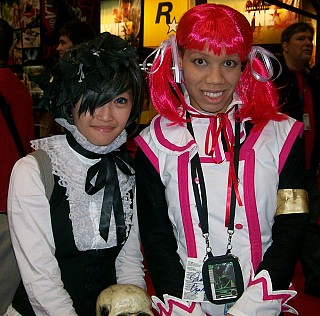 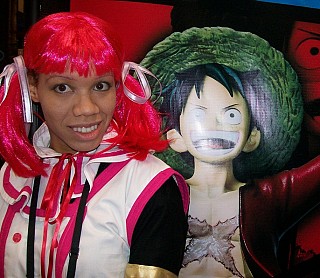 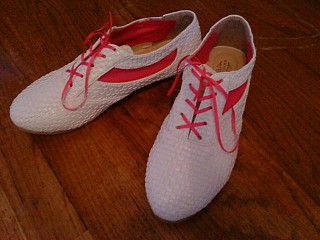 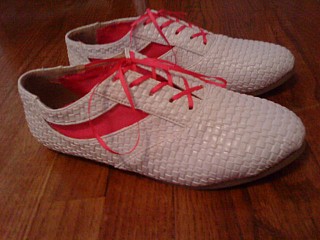 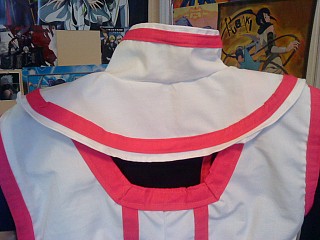 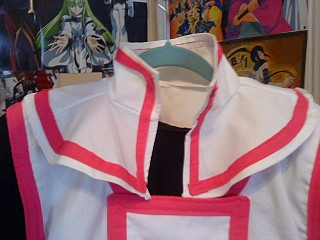 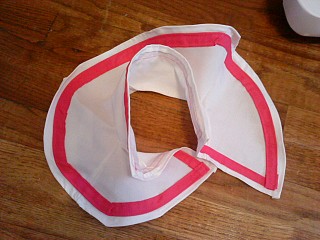 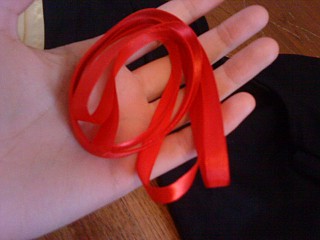 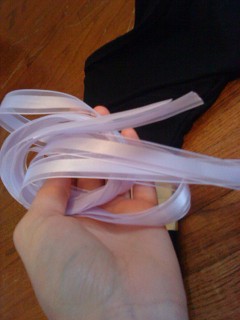 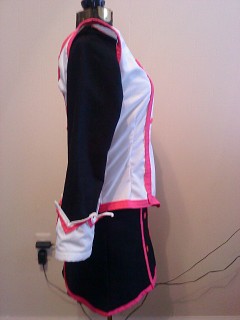 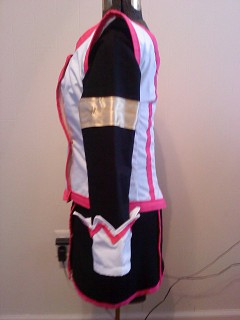 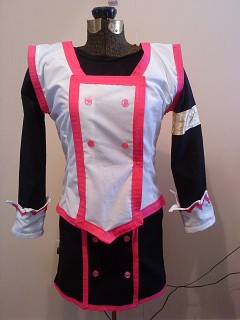 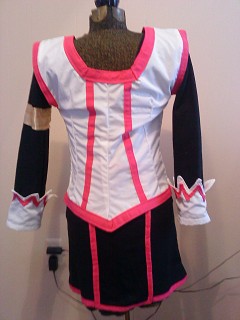 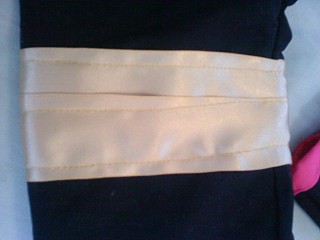 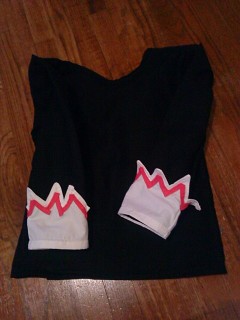 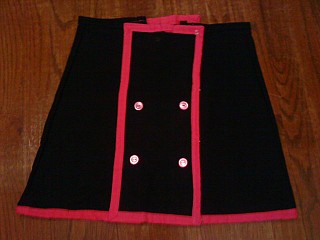 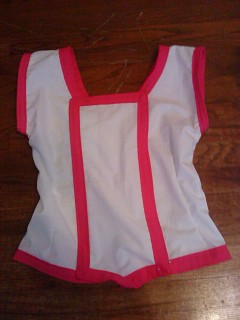 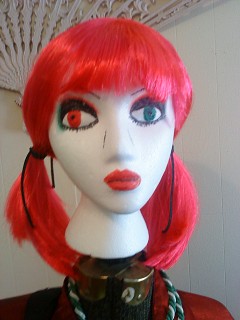 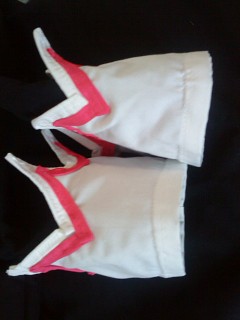 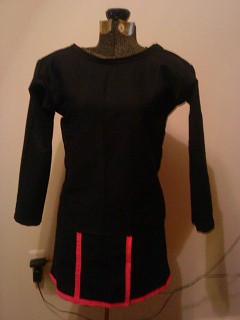 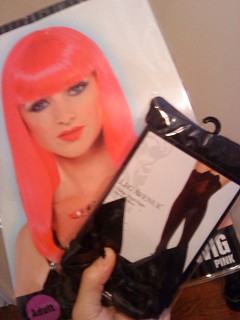 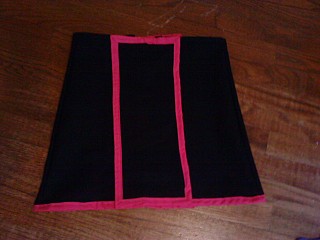 HimeZelda Love how its coming so far =D