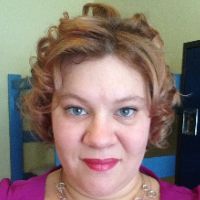 A test subject from Valve's Portal series of games.

(Note that I don't own the ASHPD Portal gun... that was a loaner from someone else at the con.)

This costume was surprisingly easy to put together. The jump boot socks and the shirt I bought online. The bra and gray spandex shorts I already owned. The companion cube was a present for my birthday. All I had to buy was the capris.

Technically, she's wearing a jumpsuit, and you can buy an official jumpsuit, but due to being a short but plus size woman, I knew I would probably have a hard time having it fit right, if I could even get one to fit at all. Same for ordering a different orange jumpsuit online... they're all cut for men and wouldn't look right. I'd really need to tailor and custom sew my own and as I don't own a sewing machine and can't really sew, that's a bit much for me, so I decided to just go with orange capris instead.

I searched for women's orange capris in my size. A number of them turned up. JCPenny had a pair at my local store, and even on clearance. (I'm glad I went to try them on instead of buying them online, as I had to size down to get a better fit.)

I got a LOT of compliments on this outfit... I think it's one of my best so far! 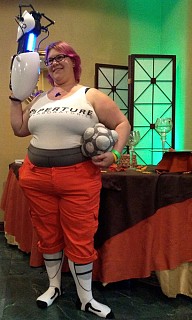 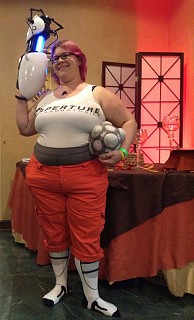 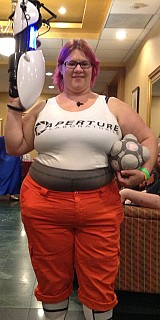