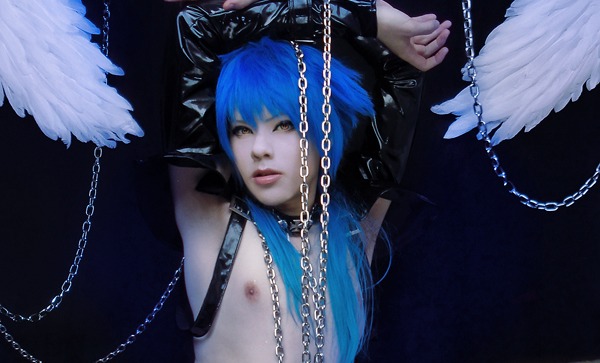 About making:
This 'costume' is basically 3 things: chains, belts and an awful lot of pleather :D. It was challenging to work on this kind of material and make all parts work as they should, but I made it. Even though in this outfit I feel more like an underwear model than a cosplayer xDDD