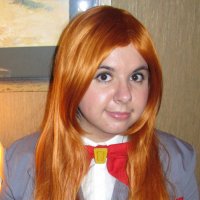 Wig - Wig is from Epic Cosplay. It is gorgeous, though it does seem to frizz a bit too much. but on the plus side, it was thick enough to put into the half-up hairstyle.

Hair clip - Triple layers of cardboard glued together, painted, then glued into a cheap clip from the dollar store.

Outer Kimono & Hakama - Both were made using a cotton/linen/spandex blend fabric, which was really light and comfortable. Kimono was made using an old pattern that is an old fathful to me. The hakama were kind of eyeballed and could be better, but not at all too bad for my first semi-proper pair.

Under Kimono - Used the same pattern as the outer kimon but made the sleeves and collar slightly bigger. The fabric was linen found in the form of bedsheets from thrift store.

Waraji - Made my own waraji using an old tutorial from here on Coscom. The twine was dyed to be about bit darker than it originally was. I want to dye them darker still, eventually.

Tabi socks - Borrowed for now, but eventually I want to make my own. 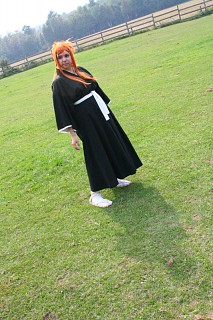 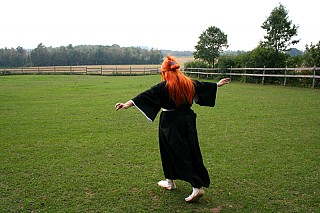 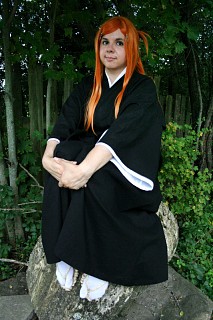 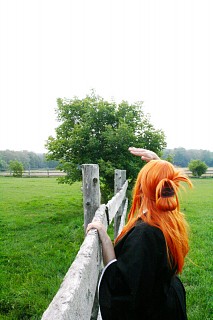 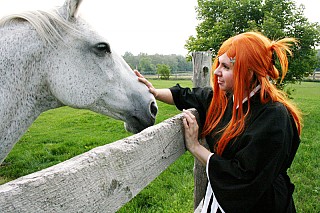 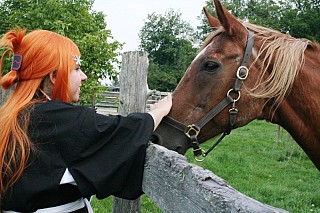 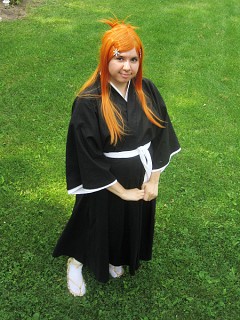 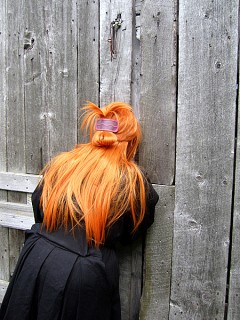 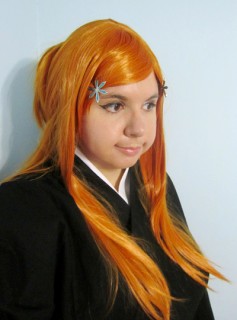 Pippin4242 Oh wow, can't believe you were complimenting me - your Orihime is gorgeous. *_* I know it's a really funny thing to pick up on, but I think the way you handled the hairstyle is great - I'll bet it took a really long time to make that work without slipping. And it's so great to see somebody make their shihakusho from scratch! I made a set once but they were really crappy. ^^;