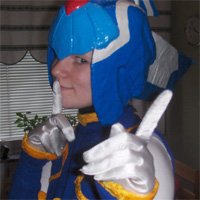 The reason I made this cosplay was to join my friends to go as MK characters on a event in Sweden called Gamex. And I chose to be Jade since she's one of my favorites from MK.

This costume wasn't very hard to do and did not take so much time. (since she barely has any clothes on, haha XD) I bought the best shoes I could find, and just remade them by painting the gold details and the jewels are made of clay. I “cheated” with the golden parts on the costume by coloring them instead of buying gold fabric. I blame it for being lazy and cheap, besides I had a lot of paint left after I did Krystal. The chains are also bought from a store called Bauhaus.

I'm pretty happy with the results. But in my opinion, I don't really fit as Jade. I'm way too short to be someone as tall as her. I looked hilarious among my MK group and they liked calling me "lil' Jade". X) But I did this costume mostly just for fun and to join the group.

I don't have many photos of this costume right now, but hopefully in the future I will get some more and better photos. If you want to see some progress photos you can check my blog. - -&gt; http://stingshideout.blogspot.com/

If you have any questions about the costume, feel free to ask! :) 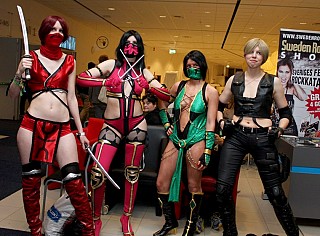 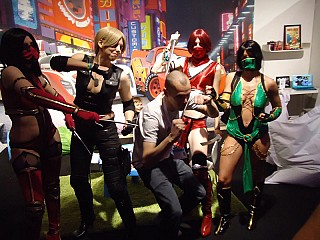 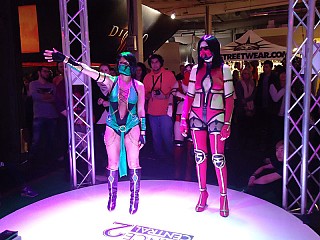