So. My original intention was to make Dark’s outfit with the white stripe down the middle and be done. I should have known better. I had so much fun going as Dark during Otakon of 2010 that I wanted to make a new version of him. Thus this version came into existence.

I started off with a basic bishop’s robe pattern and modified it from there to make it look closer to Dark’s outfit. I added the red lining on the bottom and the buckles and ribbons on the sides. I love the bottom particularly; when I don’t wear the wings, I can twirl with it! ^_^ I modified a pair of gloves, wore black boots, and my wig from my last version of Dark. I also had in purple contacts to complete his look.

For the wings, I actually re-did the feather design on the ones that I used for my last version of Dark. The feathers cover the full back now and in general, it looks much better. XD That took about a week to do, but it was fun at the same time despite the cold. For more information on the wings, you can see the bio on my casual version of Dark.

I premiered this cosplay at Katsucon 2011 and had so much fun. I went with my friend feline-soul on DeviantArt who went as Satoshi Hiwatari. Before the con, I also got to do a shoot at DAR’s Constitution Hall with my friend Katsuya. Major thanks to the DAR for letting us shoot there and for Katsuya for the shoot! Anyway, I hope you like it! :) 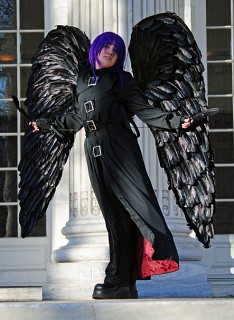 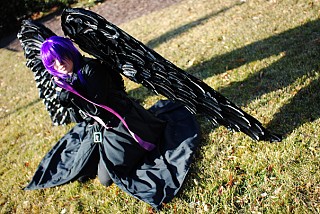 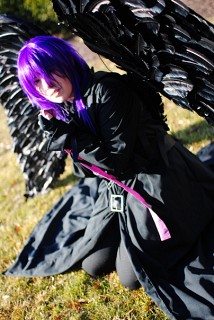 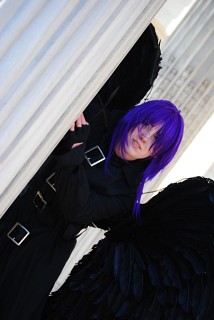 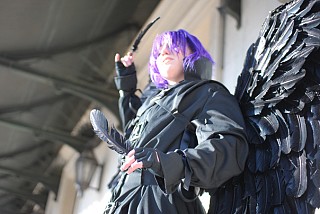 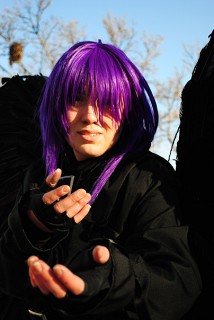 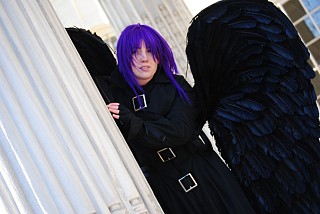 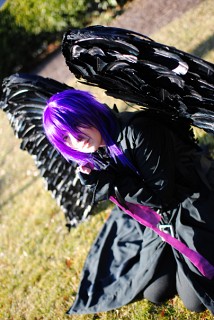 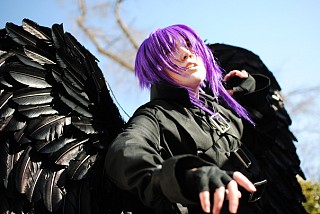 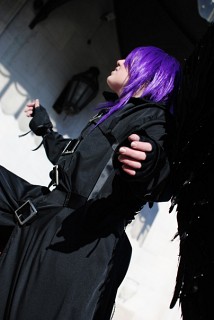 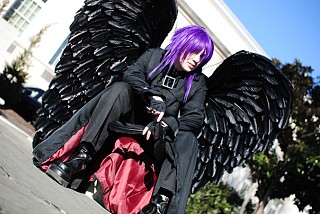 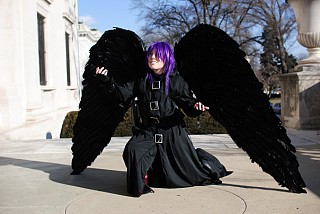 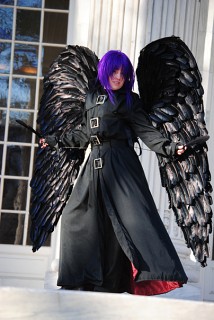 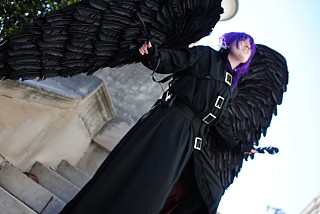 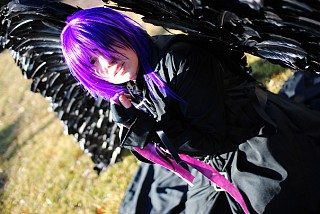 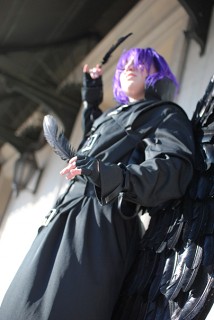 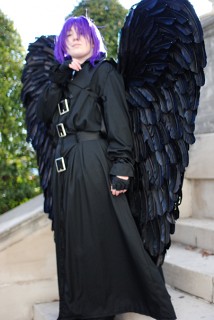