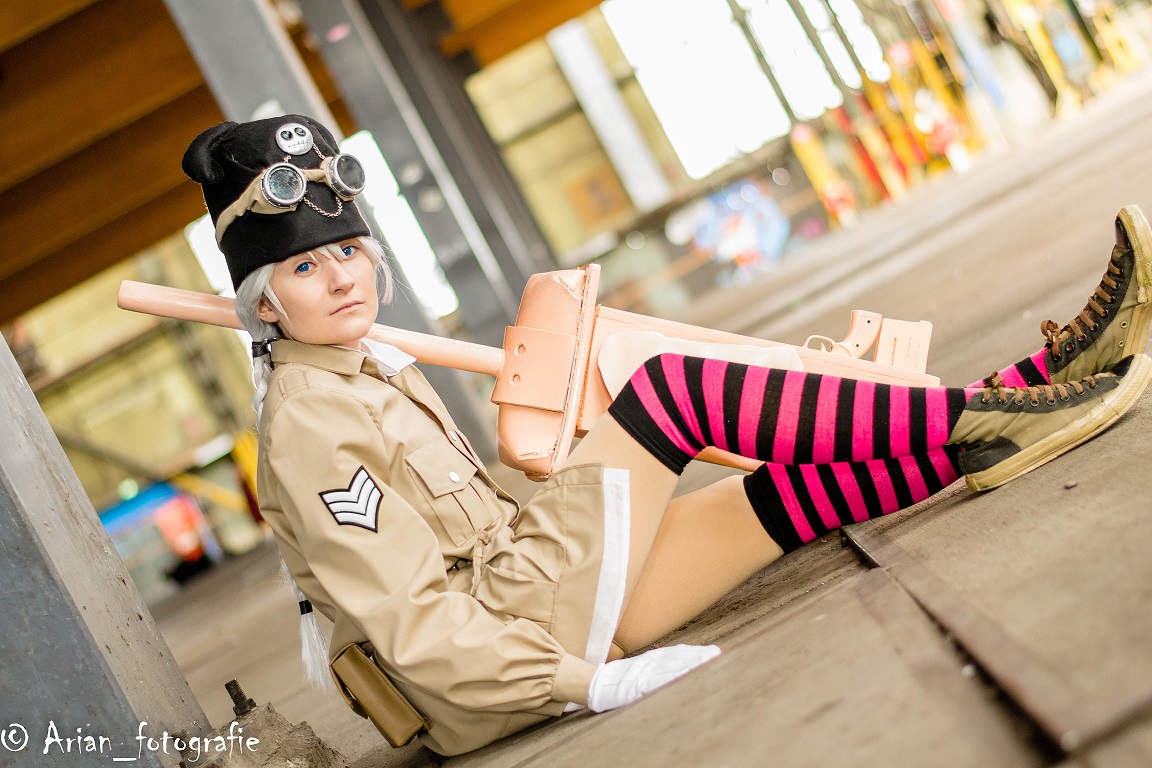 Not transformed (no mecha parts)

Cosplayer: Maakie
Around 6-7 years ago I found out about Mecha Musume for the first time. Quite quickly I became a big fan of Humikane/Fumikane Shimada's artstyle! As a figure collector, I also started collecting figures from this genre and artist and after receiving my Elizabeth figure 3-4 years ago http://myfigurecollection.net/item/2136 she quickly became my favorite Mecha Musume character! Being a cosplayer for a while back then, I also wanted to make a costume of her! Unfortunately I was too afraid of the project because of the big, mechanical parts which I also wanted to make.

After 6 years of cosplaying I finally was brave enough to start on this project!

The transformed version of Elizabeth can be seen here: http://www.cosplay.com/costume/459559/

If people are interested in the act I did with this costume, you can watch it here: https://www.youtube.com/watch?v=wte26BkZdJs

All the Work In Progress pictures from this costume have been moved to: http://www.cosplay.com/gallery/237212/