the tales of genji 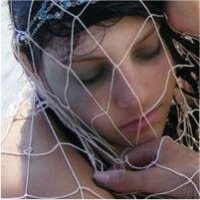 Starting the process now but it will eventually be a 7 layer traditional kimono with a train, beading, TONS of hand painting, graident dye. yeah itll be awesome
OKIE update

Black layer- 6 yards of fabric
-this layer has hand made chiffon/taffeta flowers that were created by cutting out circles and burnign the edges and stacking them together. then sewn with white beads in the middle and some of the edges coated in glitter for a little sparkle

Train 5 yards
All designs were hand painted ans beaded the train is actually two seperate layer the cream top and long bottom. The cream top has a hand made hand graident dyed fringe and the entire thing has a 4" hand made fringe running along the sides. To secure the train on it has a 180" tie that wraps around twice and hangs down


UPDATE!!
WE WON BEST IN SHOW!!!!! shadocon 2011 proved to be an amazing con and we won our very first trophy evea! def gonna go for more now it was such an amazing feeling. 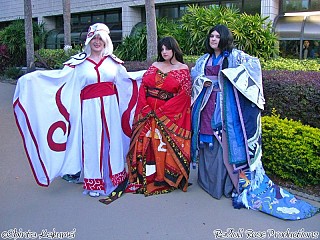 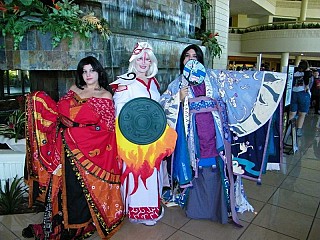 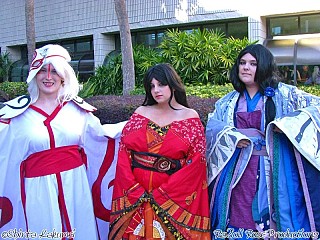 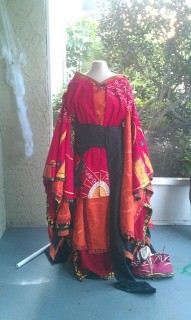 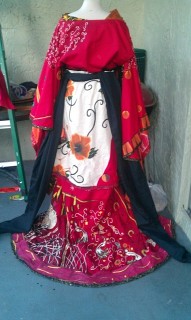 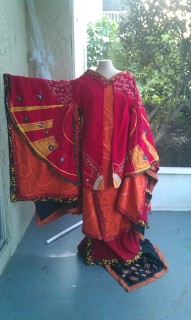 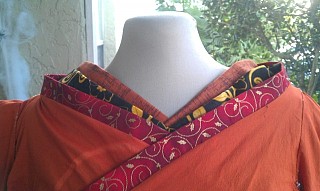 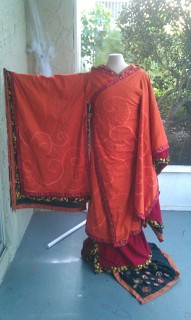 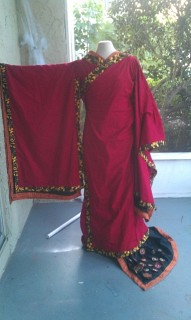 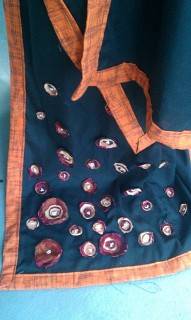 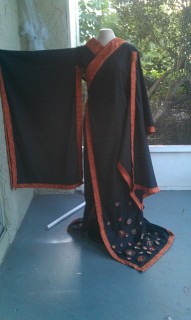 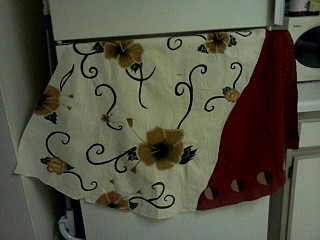 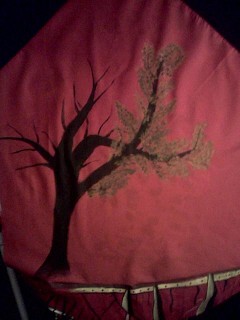 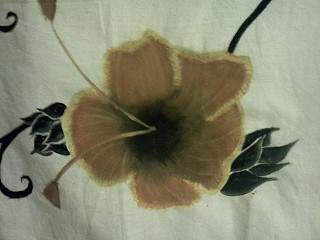 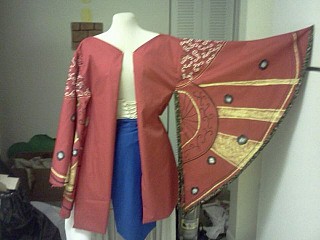 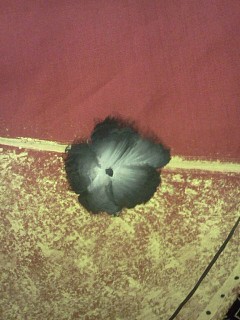 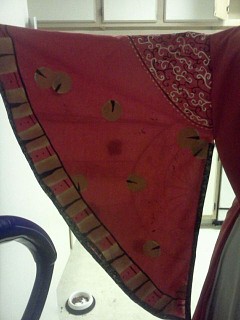 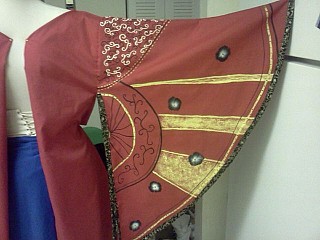 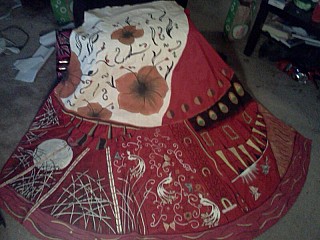 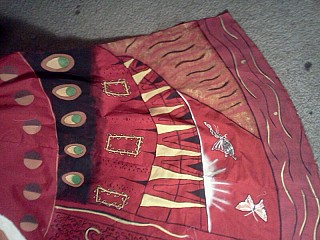 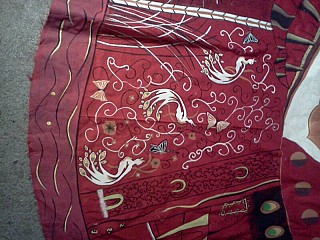 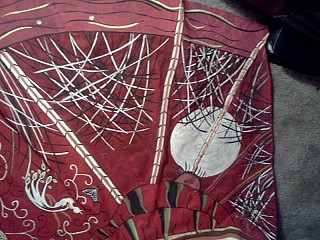 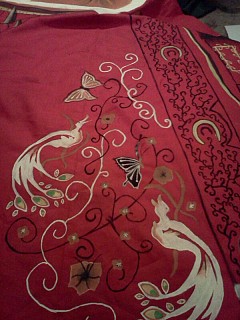 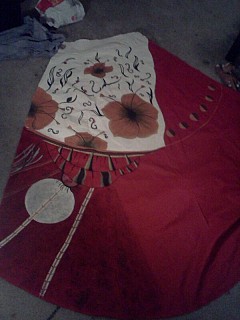 Mehdia The detail work in this costume is just spectacular. I'm a huge fan of Amano's work (I have several of his artbooks) and you did a stunning job recreating all the intricacies of this piece.

silent_dreaming Absolutely fantastic! Congrats on the Best in Show, these costumes are GORGEOUS!

Lurrdoc Wow the dress is coming out really nicely. Can't wait 'til you finish it and upload photos of you wearing it. I'll keep my eye out for this one.