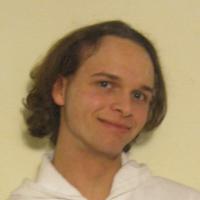 I have thrown off Hetalia cosplay after my last trainwreck attempt so I decided to try something less commonplace but still recognizable. Since Clannad needs more love, I decided to go with that. Why do I consistently choose stoic characters when I am unable to contain my joy at conventions? It was my first costume (chronologically by debut) to utilize a wig so I pinned the wig cap to my head but not the wig to the wig cap. As a result, the wig was slipping off all day. Sadly I had to take of my dangos because they kept slipping off and I didn't want them to get damaged. That's why there aren't many pictures of them.

The wig came from eBay. The blazer came from a website I forget the name of. I sewed the patch (which also came from eBay) on myself. I was planning to paint the buttons to make it more accurate but I ran out of time and patience. The tie came from Amazon. The shoes came from a thrift store. The trousers and shirt were bought at Target. I couldn't find the right shirt for the life of me. The pinstripes go up and down on every single part of the shirt which is not how real ones work so I bought a white shirt and three fabric markers later, I had an accurate dress shirt to use. It was a pain in the neck because of all the elaborate folds and curves but it came out nice enough. I made the dangos out of Sculpey. They were done entirely from memory so they aren't as accurate as I'd like. I duct taped them to a snap barrette because I thought that would be robust enough to carry their weight but even so, gravity kept pulling them down the wig which I figured wasn't good for the wig or the dangos. 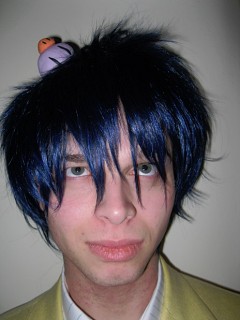 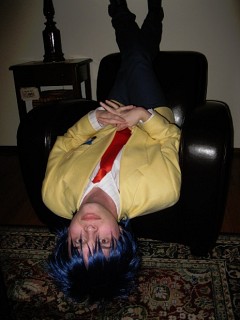 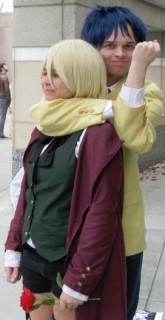 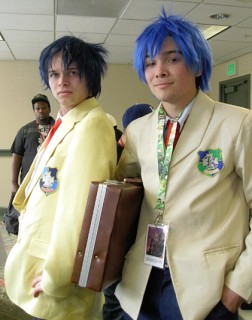 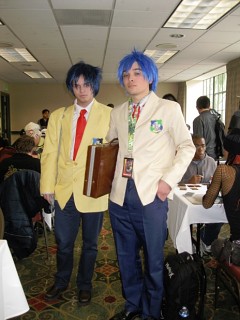 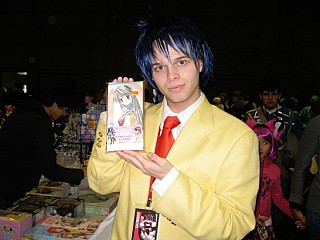 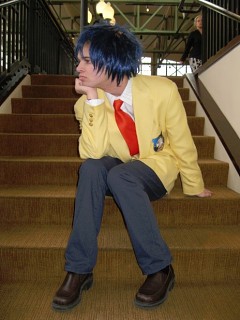 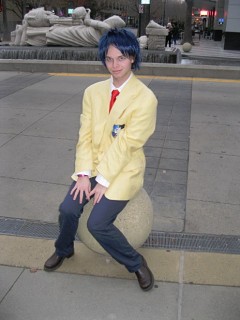 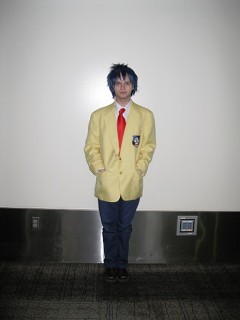