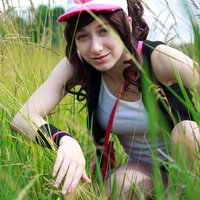 The pattern was drafted using newspaper and pattern shapes from old pattern paper.

The dress was made using Blue cotton fabric trimmed with bias tape. The front zips open with a blue invisible zipper.

The gloves are made of stretchy white cotton knit fabric. They were simply made using an outline of my hand traced on newspaper. The grey top is made of a 97% cotton 3% spandex one-way stretch fabric blend. It only stretches lengthwise to allow me to pull the gloves on and hold them up on my arms.

The boot covers are made with the same cotton/spandex blend fabric in black and grey. The boot base is simple black booties bought on sale from Walmart. Since they zip up on the side, the boot covers are removable. The covers have a stirrup shape that covers the ankle, heel, and part of the bridge of the boot. They fasten underneath between the heel and toe of the boot with elastic. They have no zipper, but stretch snuggly over my legs like the gloves.

The armor is made using 2 sheets of white craft foam, two white separating zippers, clay, spray paint, silver rub n' buff, and the grey cotton/spandex fabric. The main base of the armor is craft foam that I heat shaped to my form and made according to the tutorial here: http://entropyhouse.com/penwiper/costumes/helmsdeep.html
Then, I used a quick dry bondable clay to line the edges and sculpt the silver designs. Once that was dried, the armor was spray painted and then the silver rub n'buff was used on the accents. The grey straps were sewn up and hot glued to the costume. The zippers were glued on as well.

The wig base was the Arda wigs Classic Katinka in Raven (CL-039). It was cut so the bangs and back were shorter, and the side bangs were cut on more of a flat angle to match the character design. 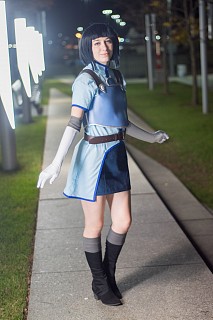 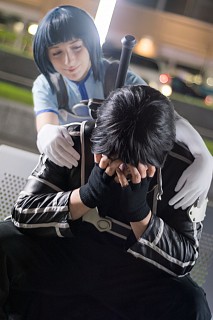 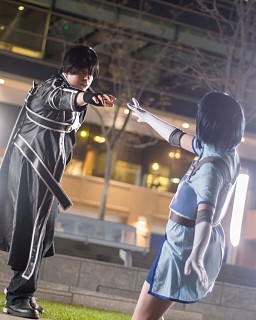 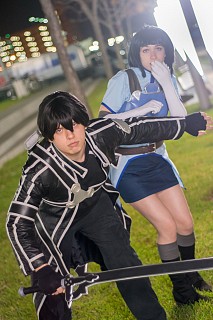 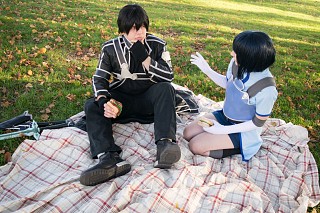 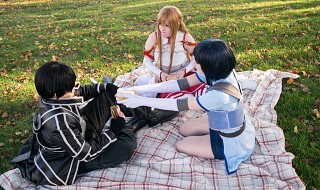 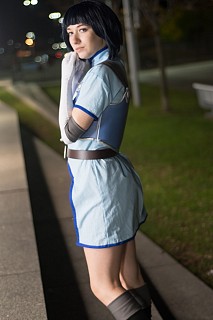 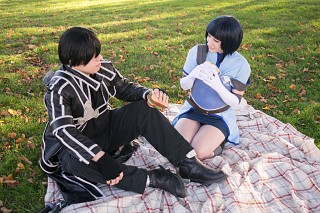 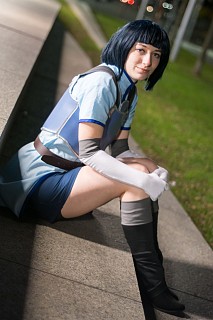 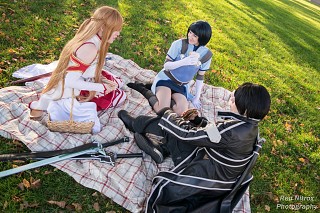 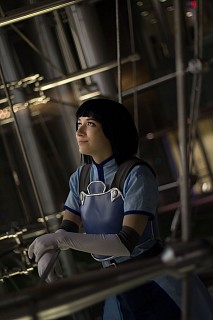 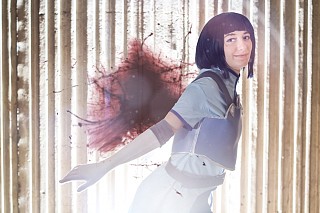 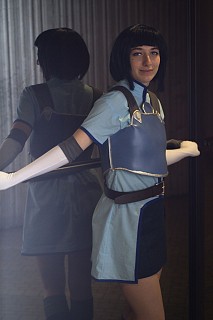 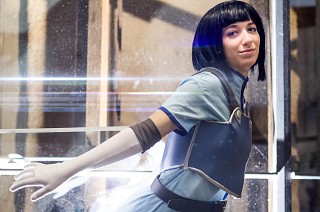 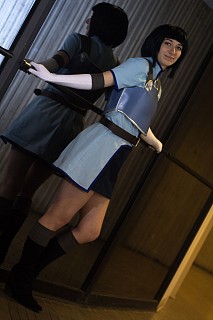 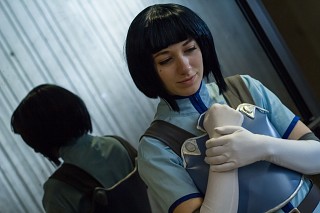 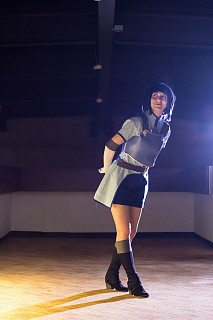 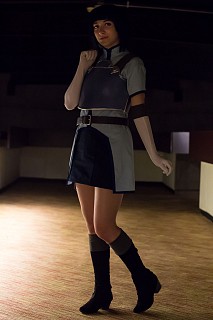