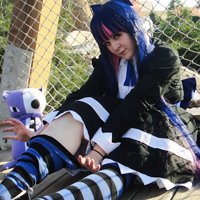 Madoka was a costume I wasn't really super thrilled with making at the start as I don't really relate the character as much as I'd like, but as I started planning it and making it, I realized this project was something that suited my aesthetic sensibilities and that it would be a project that would allow me to grow so much!

For the costume itself, I modified a strapless corset style wedding dress bodice pattern and added my own sleeves. This is the first of my costumes that actually has a lining layer on the inside of the bodice portion, which really made for a very clean, comfortable, and sturdy garment. I hid the zipper in the front princess seam underneath some ruffles, which was an awesome decision, but if you are bustier like me, it does take some patience getting into it. The ruffles were bought by the yard pre-ruffled.

The gloves were simple white parade gloves that I then added the spikey cuffs to.

The petal skirt is about 3/5 of a circle skirt hemmed with bias tape with some plastic beads sewed on. I did the gradient with white floral spray paint.

The white skirt is actually three circle skirts sewn together and then gathered at the bottom and top.

Underneath all of those, was the project that actually took up most of my time on the fabric part of the costume. I used rufflebuttcosplay's petticoat tutorial and made a 14-layer super cupcake ruffly petticoat. It made an awesome silhouette for the skirt!

I then sewed some ruffles onto a pair of bodyline socks I had from my lolita wardrobe and switched out Madoka's strange pumps for something I thought to be a little more aesthetically appropriate to the rest of the costume. Yay creative license!

The soul gem was cast from resin with nail polish on the back glued to a sculpey back. I built around the gem to create the inset look with paper clay, then used fashion tape to keep it stuck onto my body all day at the con.

The bow was the real challenge, and I'd like to thank sunbeam from acparadise for writing out how she made her bow in her costume description. I followed her process which included the following steps:
lengthening the fake rose and create the branches with newspaper, and tape all those layers together, wrapping and reinforcing the newspaper layer with sturdy wire, covering that layer in masking tape, duct taping a very sturdy coat hanger to the inner arch of the bow, casting the gems out of clear resin, painting the backs of the gems with nail polish, gluing them in place, covering the bow with paper mache pulp, sanding, covering everything in a thin layer of paper clay and molding details as you go, inserting leaves into the branches and at the base of the bow, sanding, painting, modge podge layering and boom, you have a bow! I dyed elastic pink for the string and I used a clear, hollow tilt wand that had a removable tip into which I inserted pink glow sticks (which I had to change quite often at the con) so that the arrow would look like a beam of light.

Overall, I'm really proud of this costume. Along with Stocking, I think this is one of my favorite costumes to wear! 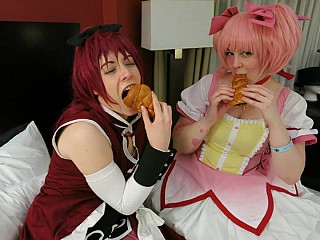 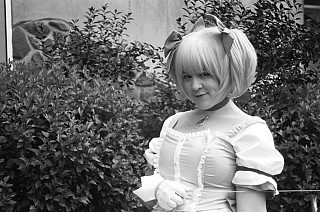 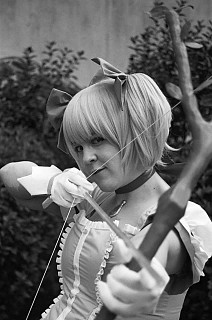 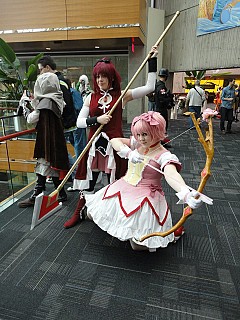 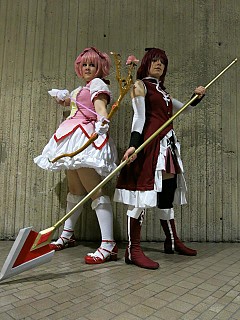 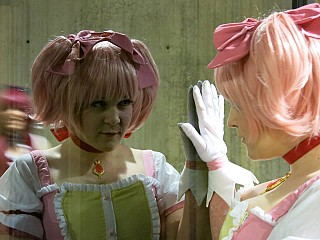 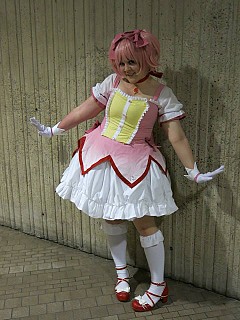 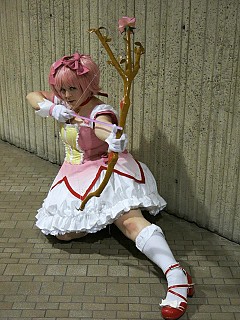 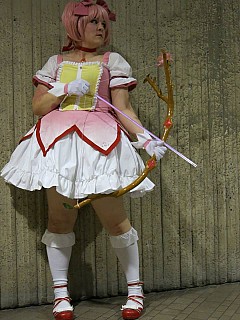 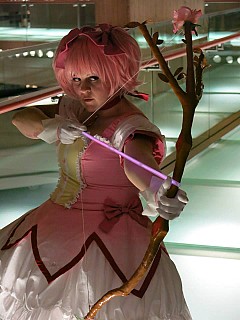 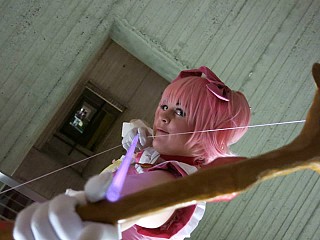 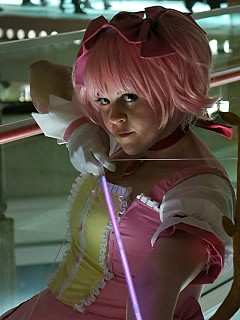 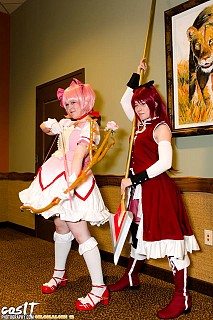 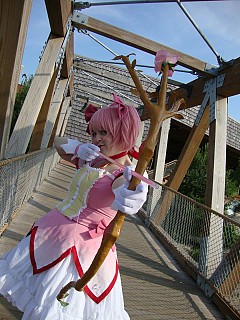 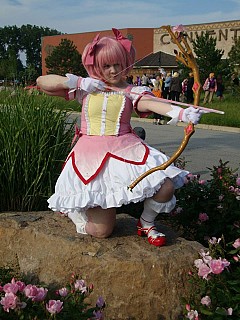 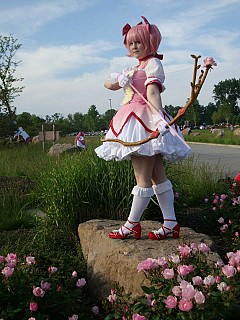