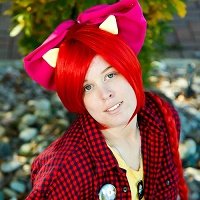 I hadn't originally planned to cosplay this version of Dave, because I see it everywhere, but I figured to take it along and it turned out I cosplayed it more than half the weekend.

The wig is my Dirk one, just flattened out, and I bought the shirt from the Topatoco store (it's a men's small and it's still too big on me). I used my black jeans, and since I couldn't find my red converse, I resorted to the rainbow converse I used for sober!Gamzee.

The timetables were the same as I used in my Aces!Dave cosplay, slightly modified for easier control (I cut the fishing wire shorter). Unfortunately, Anime Expo 2012 is the last con these poor things are seeing, because they kept snapping at the strings. I'll be remaking them with real vinyl records from my friend, and probably making another version for upcoming cosplay plans. Also, instead of fishing wire threaded through the cardboard, I'm going to thread it through a washer and have the disc spin on the washer and not the string, so the string doesn't get stressed out and snap again (also so my timetables won't keep eating my needles when I try to thread it back through)

I had my backpack on a lot, so I took Cal along and had him hang out, make it look like I'm traveling through time.

Most of what I did in this cosplay was shuffling and dancing with my timetables and being a total loser. But I met a lot of people and befriended other con-goers, and it was a really nice experience :3 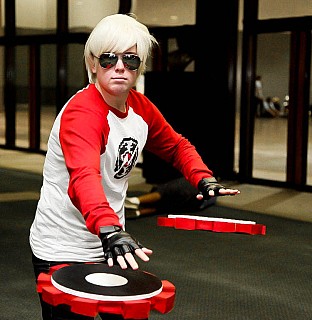 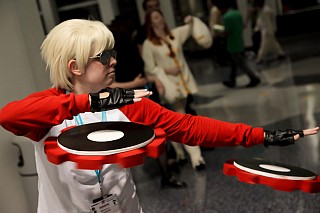 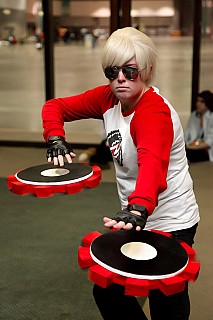 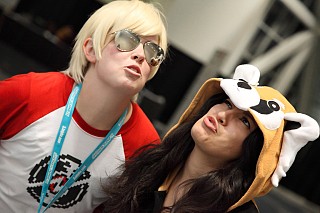 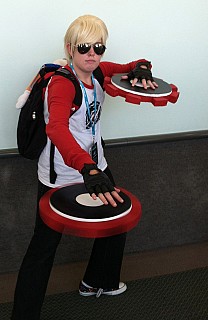 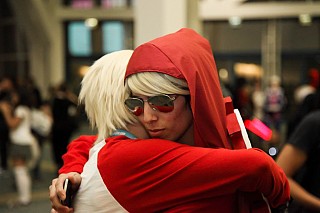 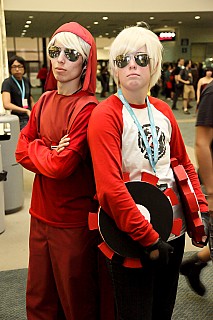