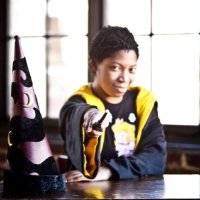 I've wanted to do this costume for quite a while, even before I started my first Shinobu costume. I must say I'm very happy with how it turned out.

Starting with the scarf, it's just sheer cheap black fabric. I wanted something super light so that it would float in the wind when I walked. :)

The dress was made from a heavily modified Simplicity pattern. Even after two mock-ups, the perfect fit around my chest was not achieved, but I got close enough to be satisfied. The fabric is monece satin. Those ruffles took a lot more fabric than I thought. The entire dress took up 3 whole yards of fabric 60" wide!

The purple "holster" was my own draft. I'd try to explain it to you, but even I am kind of mystified as to how I did it. The particular fabric I used was a pain to sew, but it looks good in pictures and it's the right color, so I'm happy!

The sword, as promised from the first Shinobu costume, was done over completely, as well as given a sheath. It looked a lot better than the first one, but still not as good as I'd like it. I got a lot of compliments on sword and sheath, and while the sheath held it's own, the sword could not, and so I retired the sword on the last day of Ichibancon by having Lisa Ortiz sign it. :) Yet another sword will be made, this time probably with foam. The sheath will probably be remade too; it still looks too much like a carboard box to me.

You can learn more about my stockings and wig from the first Shinobu costume details.

This won't be retired for quite some time. I had way too much fun in it! 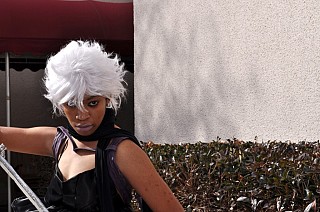 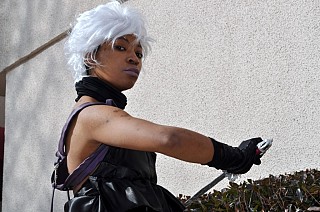 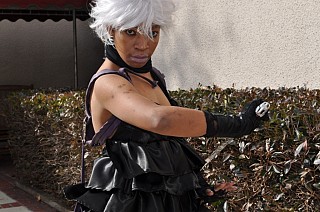 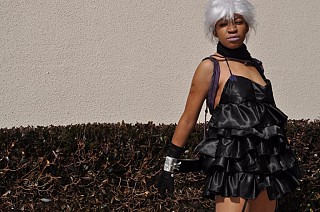 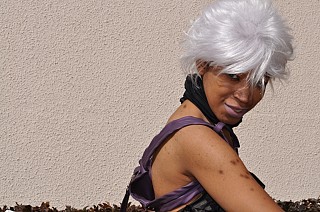 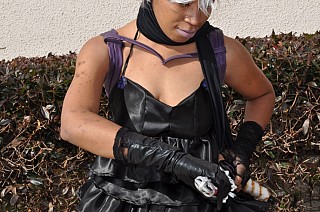 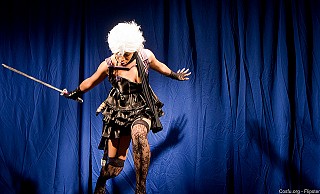 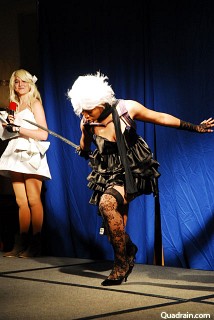 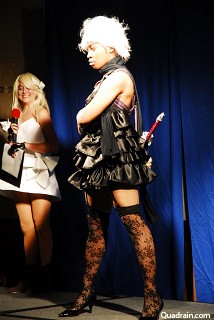 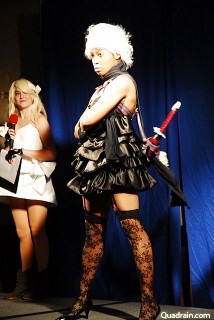 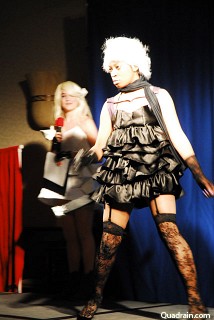 FuntomKitten I'll be honest, I don't even know the original character, but eff it 'cause it looks awesome!