Ever since I was a young, I have played the Rayman-games. I just loved the style and the character and it entertained me day after day. When I grew up, new parts from the Rayman-franchise came, such as the 3D-games (The Great Escape and Hoodlum Havoc), so I sort of grew up with these games. After a few years of Rayman absence, the Raving Rabbids came…let's just say I didn't like them. :P Unfortunately, it looked like more and more Rabbid-games came and it just made me sad to see where the franchise had gone…until one day Rayman Origins was announced! As a Rayman-fan I was thrilled and I just wanted to do something! I know! Why not make a cosplay of him!

But how am I going to cosplay a character without arms or legs and with a floating head?

That made me think. If I wanted to cosplay him, I had to design a costume myself. A sort of "Gijinka" many Pokémon fans make…but for Rayman.

You can see in the pictures how it turned out! I am quite happy with it! Only regret I have is that I forgot to take my eyebrow-paint to the only photoshoot I did with this costume. &gt;.&gt; So please ignore my eyebrows.

This is an original design and costume from me, so I would really like it if people respect that and won't copy it! 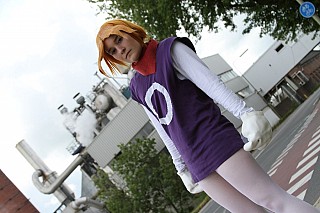 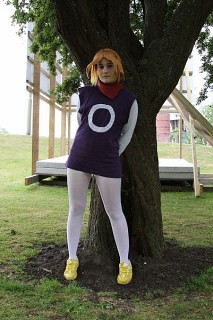 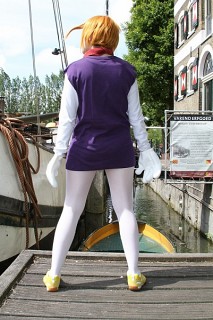 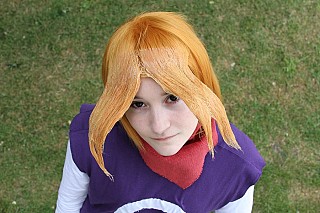 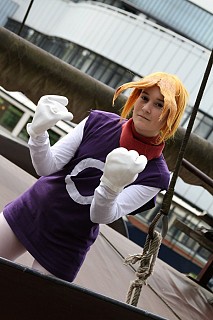 Maakie @ Brandikins Haha, thank you so much! :D I grew up with the Rayman games and Rayman 2: The Great Escape will always be my favorite! :D

Brandikins You have a Rayman cosplay too??? You are now officially one of my favorites.

Maakie @Herosauce I really hope so! ^^ But Nintendo is trying his best to keep exclusives of course, why else would you buy an WiiU? :P

Herosauce Oh right xD I can definitely see Legends working on the PC because of the Murphy levels.

Maakie @ Herosauce Oh! Haven't tried Legends yet! (Jealous! Haha! xD) I'm really not into the WiiU and it's strange controller. I have tried it a few times with other WiiU-games. I hope Rayman Legends isn't going to stay exclusive for WiiU. :< I'm a PC-gamer. :P (Yes, that means I also had to wait a long time before I could play Origins. xD)

Herosauce No problem :) I actually tried Rayman Legends today whilst out shopping and it isn't as gimmicky as I thought it would be :D

Herosauce I'm a big Rayman fan myself and I really like this costume! Nice work ;)