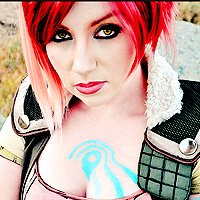 WHERE DO I BEGIN.

The green dress/coat is based off a dress pattern and modified to have the right cut. A satin was used for the green that was interfaced too. Gold designs were done in gold silk and satin stitched on the edges, about 20hours in total of satin stitching on this costume! I did all the satin stitching first before putting the coat together, so it took careful planning to have everything line up! The blue middle panel was made of blue velvet and flat lined in blue casa satin and then added in. All the gold edging/bias tape was hand made, stitched and then finished off my hand. I didn't want to stitch in the ditch since I didn't want the green thread to show on the gold designs. Besides hand stitching it was faster with a cleaner result. The coat is fully lined in a green liner fabric. There is an invisible zipper down the back to get in and out of the costume. The bottoms are separate and made of blue stretch velvet as used in the center panel.

The boots were made from scratch. I borrowed a book on how to make shoes from the bottom up and it was extremely helpful in this process. I used an old pair of boots that I liked the shape and heel of, made plaster lasts and then salvaged the sole, shank, toe box, lining and heel shapers. I then used the old shoe to make a pattern for the uppers and made a pattern off another pair of thigh highs for the leg part. The designs on the thigh are raised satin stitched down and then top stitched again for esthetics. The designs on the shins are cut out, a painted pieces of pleather glued behind it and then top stitched down. A zipper goes down the inner leg to get in and out of the boot. The tops are made from the same gold silk as used on the coat. I also added no slip elastic in there to help keep the boots up while I walked around. To put everything together, I coated the uppers fabric stiffener and then stretched them over the lasts until dry. Removed the lasts and glued the insole to the uppers. Then I glued the uppers + insole to the sole and hammered the shank in place in the heel.

Gauntlets are made in similar fashion as the boots. The designs were cut out of the vinyl, painted darker vinyl placed behind and then stitched down. Gauntlets are fully lined and close with a snap. Gold on top is the same silk used everywhere else. Gems were found and glued on.

Collar/neck piece was a challenge! The only was I was able to get it to lay like in the game renders is to make each little panel separate and then hand stitch them together. The blue/red parts are, you guessed it, satin stitched down. Red & gold sections were hand tacked on and gems were glued on. Whole thing keeps on with hook and eyes.

The armor bits are casted. I started by making a base out of wire mesh, wire and paper clay. Sanded and filled that. Then sculpted the designs out sculpty, sanded and primed. Now here is where I learned that my primer has latex in it. When I made my mold out of Rebound 25 silicone the surface touching the master was uncured, yet the rest of it was and the left overs in the cups from that layer were cured as well. Thinking it was a mixing error, I did another one out of Dragon skin silicone and got the same issue! Once I removed the master the surface was uneven and still uncured. After 5 hours it finally finished curing but leaving a very unpleasant surface. All those hours sanding the master to a smooth finish WASTED. Since I was getting short on time, I pressed on and slush casted the pieces out of the dragon skin mold anyway. Zak was able to use some cool aging effects with the paint and it hides most the imperfections pretty well! The bands were also casted out of plastic and made round while it was still curing. The top and band parts are glued together and stay up on their own since the band was made to my arm measurement. There is a snap at the top that snaps to the coat to keep the tops from sagging out.

Wig is from Arda. Bangs and ponytail was trimmed.
Sword and shield made by Ice Man

Personal Thoughts:
I can never have enough Soul Calibur costumes, specifically Sophitia or Cassandra ones. I LOVE THEM. 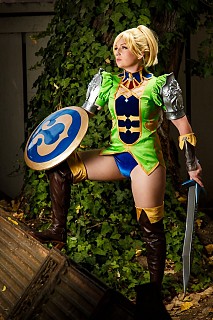 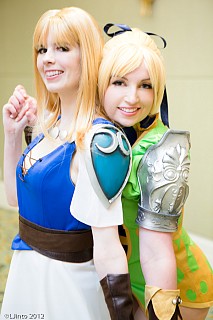 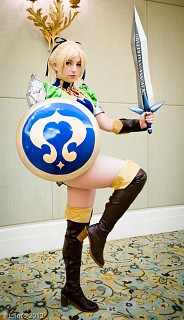 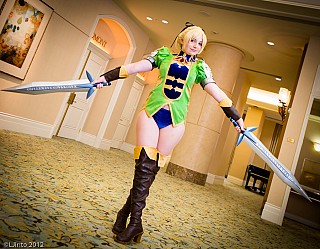 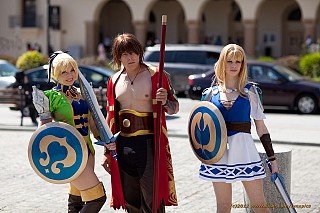 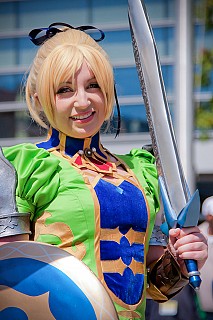 Trace Ventura You're very beautiful and capture the very essence of Cassandra superbly.