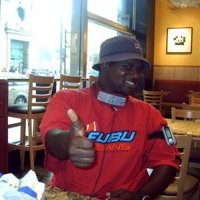 I am a big fan of Stephen mainly because of his work on Arrow, but also because he really seems like a fun guy. He's very active on Facebook, does Q&As while on his off-time on set, and encourages fans to meme his pictures.

This costume was very simple. I wrote a dress shirt with a loosened tie like he does in his Q&As and put green makeup around my eyes as if I had just finished filming a scene as The Arrow. For the finale, I carried a stack of Post-Its with messages on them to stick to my forehead. If you follow Stephen on Facebook, you'd notice that whenever he has an announcement to make, he developed a habit of sticking Post-Its to his forehead. While his were more related to publicity and announcements, mine were more amusing, such as:
"WILL climb Salmon Ladder for Facebook friends"
"I have a MUCH better job than 50 Shades of Grey - I play a SUPERHERO on TV!"
and
"If you don't recognize me, it's because I have finally become...someone else." 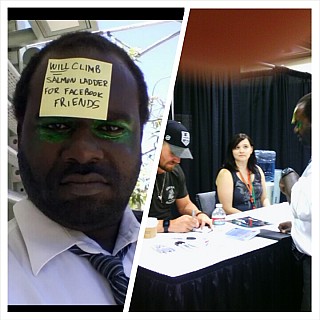